87. The Leopard and His Dog

When Leopard chased Gazelle, she hid inside a log.
"Where did she go?" Leopard wondered.
Later, when Leopard chopped the log for firewood, a beautiful dog jumped out. "This will be my dog!" Leopard said. Then he told his wives, "Don't you ever scold my dog!"
But one day the dog misbehaved, and a wife scolded it. When Leopard heard the dog howling, he killed that wife.
This happened repeatedly until all of Leopard's wives were dead.
Then the dog became Gazelle again. Running away, she shouted, "Only a fool can't tell the difference between a dog and a gazelle!"
[a Bakongo story from the Congo]

Inspired by: "The leopard boils his mother's teeth" in Congo Life and Jungle Stories by John Weeks, 1921.
Notes: You can read the original story online. This takes place after gazelle has tricked leopard into boiling his mother's teeth. 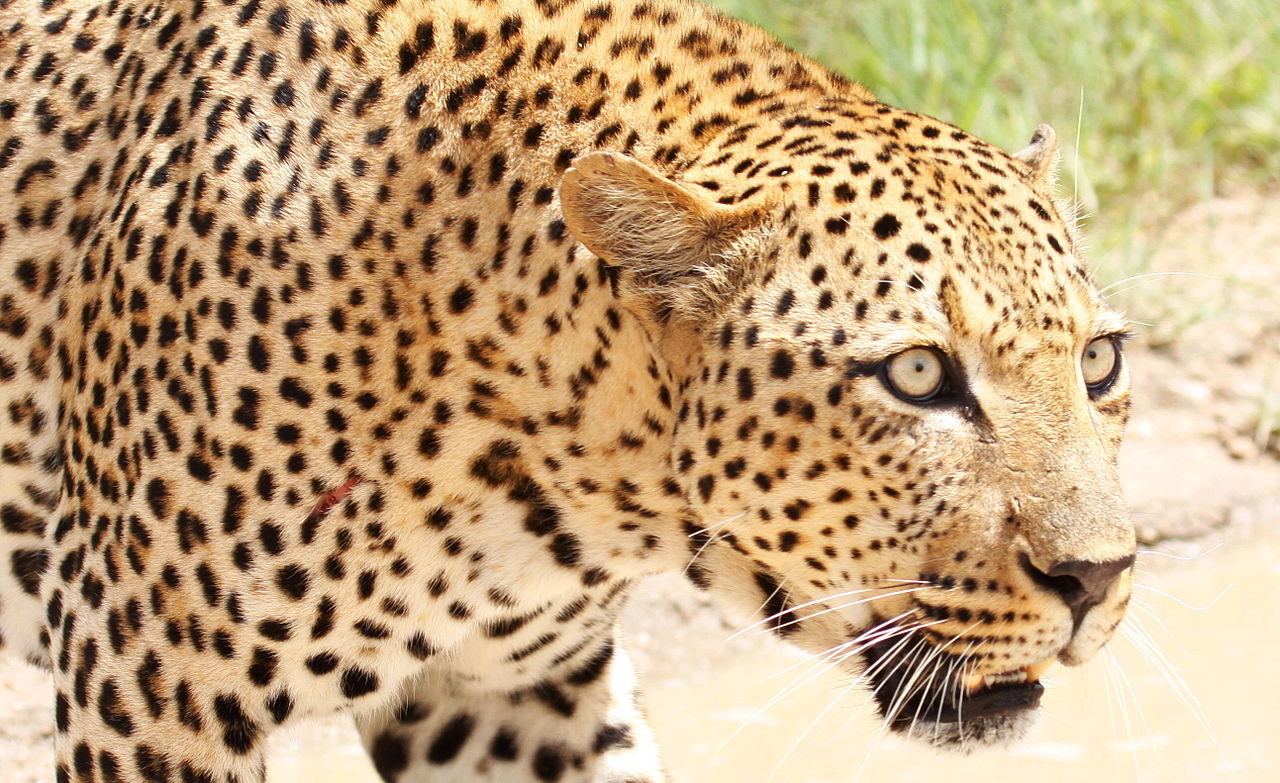