The fox was afraid of the rooster. She would eat the chickens without fear, but whenever the fox saw the rooster, she would run and hide.
One day as the fox turned to run, the rooster said, "I don't understand. Why are you so afraid of me?"
"Because of the fiery flame you carry on your head!" the fox replied.
The rooster laughed. "That isn't fire," he said. "That's just flesh. Touch it, and you'll see. It's very soft and nice!"
The fox approached cautiously, felt the rooster's comb... and then, without fear, she grabbed the rooster and devoured him.
[a story from Liberia]
Inspired by: "Fox and Rooster" in Folktales from Liberia (in Journal of American Folklore) by Richard C. Bundy, 1919.
Notes: You can read the original story online. Compare a version from Angola where Fox thinks the comb is not fire, but a sharp weapon. 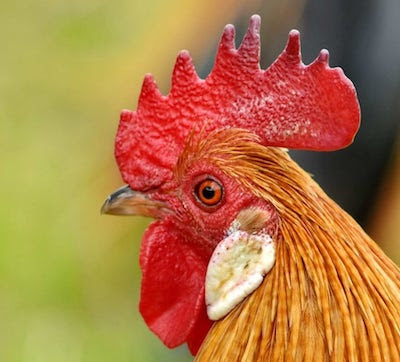 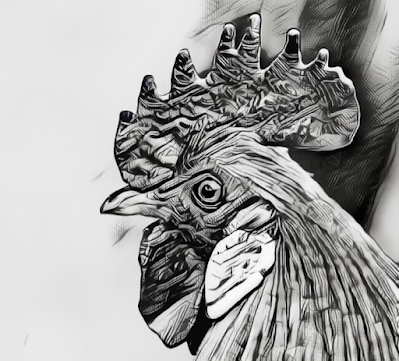