46. The Rabbit, the Elephant, and the Hippo

"I challenge you to a tug-of-war," Rabbit said to Elephant. "I'll go stand on the other side of these trees. If you can't pull me, you'll have to pay me."
"Agreed!" said Elephant, confident in his strength.
"Just pull when you hear the horn," Rabbit said, tying a rope around Elephant.
Then Rabbit made the same bet with Hippo, tying Hippo with the same rope he'd tied around Elephant.
When Rabbit blew his horn, Elephant and Hippo pulled against each other, thinking it was Rabbit. Each one thought Rabbit had equaled them in strength, so Rabbit collected on both bets.
[a Yao story from Malawi]
Inspired by: "The Hare, the Elephant, and the Hippopotamus" in The Wayao of Nyasaland by Hugh Stannus, 1917.
Notes: You can read the original story online. Compare this version with tortoise: Elephant, Hippopotamus, and Tortoise. 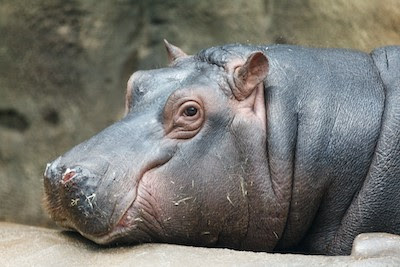 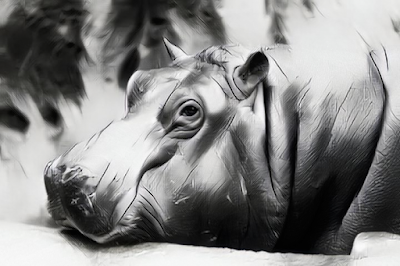