31. The Leopard and the Man

In olden times, leopards grabbed people by the arm, which meant the people sometimes escaped.
“The leopard was so foolish!” one man boasted. “If he had grabbed me by the throat, I’d never have broken free. But the stupid creature grabbed me by the arm, so I broke free and got away.”
A leopard in the bush heard the man’s words. “The biggest fool of all,” he said to himself, laughing, “is the one who teaches his enemies how to kill him.”
Ever since, leopards catch people by the throat and nobody escapes, all because of the man who boasted.
[a Banyoro story from Uganda]
Inspired by: "The Leopard" in The Uganda Protectorate, volume 2 by Harry Johnston, 1904.
Notes: You can read the original story online. This is a Bantu story from Uganda. 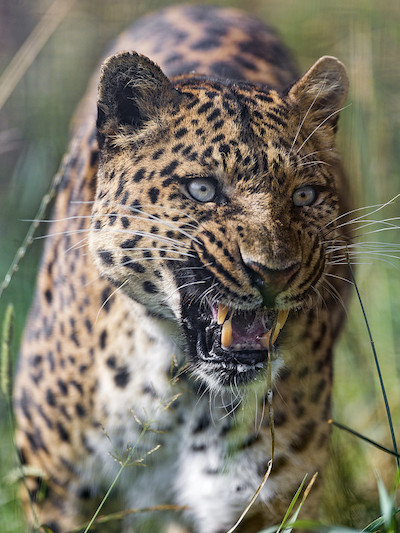