Laura Gibbs · 199. Another Story about Tenalirama
A courtesan invited Tenalirama to recite the Ramayana, the epic story of Rama's adventures, just for her.
Tenalirama began with the story of King Dasharatha and Rama's birth, followed by the intrigue in King Dasharatha's court, then Rama's exile into the forest, accompanied by his devoted wife Sita and his loyal brother Lakshmana.
"So," he said, "Rama, accompanied by Sita and Lakshmana, went into the forest to begin their exile."
Then Tenalirama fell silent.
The courtesan waited, and finally she could wait no longer. "Then what happened?" she demanded.
"Be patient," said Tenalirama. "They are still walking through the forest."
Inspired by: Folktales from India, edited by A. K. Ramanujan
Notes: This is "Tenali Rama's Ramayana" (p. 57). This story also appears in Tiny Tales from India. 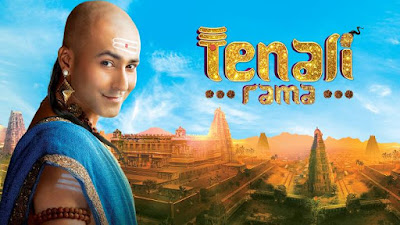