Laura Gibbs · 36. The Story of Indra
After Ahalya departed with Gautama, Rama asked about Indra. "Was Indra ever freed from Gautama's curse?"
"Indra begged the devas for help," said Vishvamitra, "but no one knew what to do. Then Agni had an idea: they could give Indra the testicles of a ram. They found a ram tied to a pole, ready to be sacrificed. They cut off the ram's testicles and took them to Indra, so that he could replace the testicles he had lost."
Lakshmana burst out laughing, but Rama knew this was a serious matter. The curse of a rishi can afflict even the gods.
Inspired by: Valmiki's Ramayana.
Notes: This is from the Bala Kanda (Book 1), sarga 49. I added the part about Lakshmana laughing. In the many different versions of Ahalya's story, there are different versions of the curses. In some versions, Indra is cursed to be covered with female genitalia, for example. In this case, he is meṣavṛṣaṇa in Sanskrit, ram-testicled. 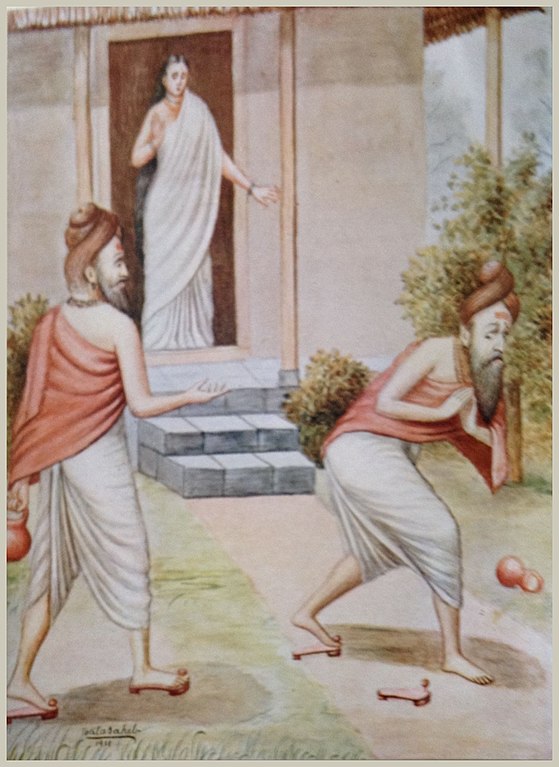