Laura Gibbs · 186. Shatrughna Hears the Twins Singing
One day a stranger arrived at Valmiki's ashram: Shatrughna, Rama's brother. He had gotten lost in the forest and was seeking shelter.
Recognizing her brother-in-law, Sita was overcome with emotion and hid in a hut where Shatrughna would not see her.
Valmiki offered the noble prince food and water. Then after the meal, the twins, Lava and Kusha, sang Valmiki's Ramayana, the song of Rama.
Shatrughna listened in amazement. The song included everything; even Shatrughna was part of the boys' song.
"What a beautiful song," Shatrughna exclaimed, "and what beautiful boys!"
But he did not guess they were Rama's sons.
Inspired by: Sita: An Illustrated Retelling of the Ramayana by Devdutt Pattanaik. Notes: This story is on p. 296 of the book. In Valmiki's Ramayana, Shatrughna is present in Valmiki's hermitage the night that the twins are born; that is Uttara Kanda (Book 7), sarga 57; later, Valmiki decides on his own to take the boys to Ayodhya. Pattanaik mentions folk versions of the story in which Lakshmana visits Sita secretly. One time he even brings Rama with him to see his sons, and Sita throws garbage at him in a rage. 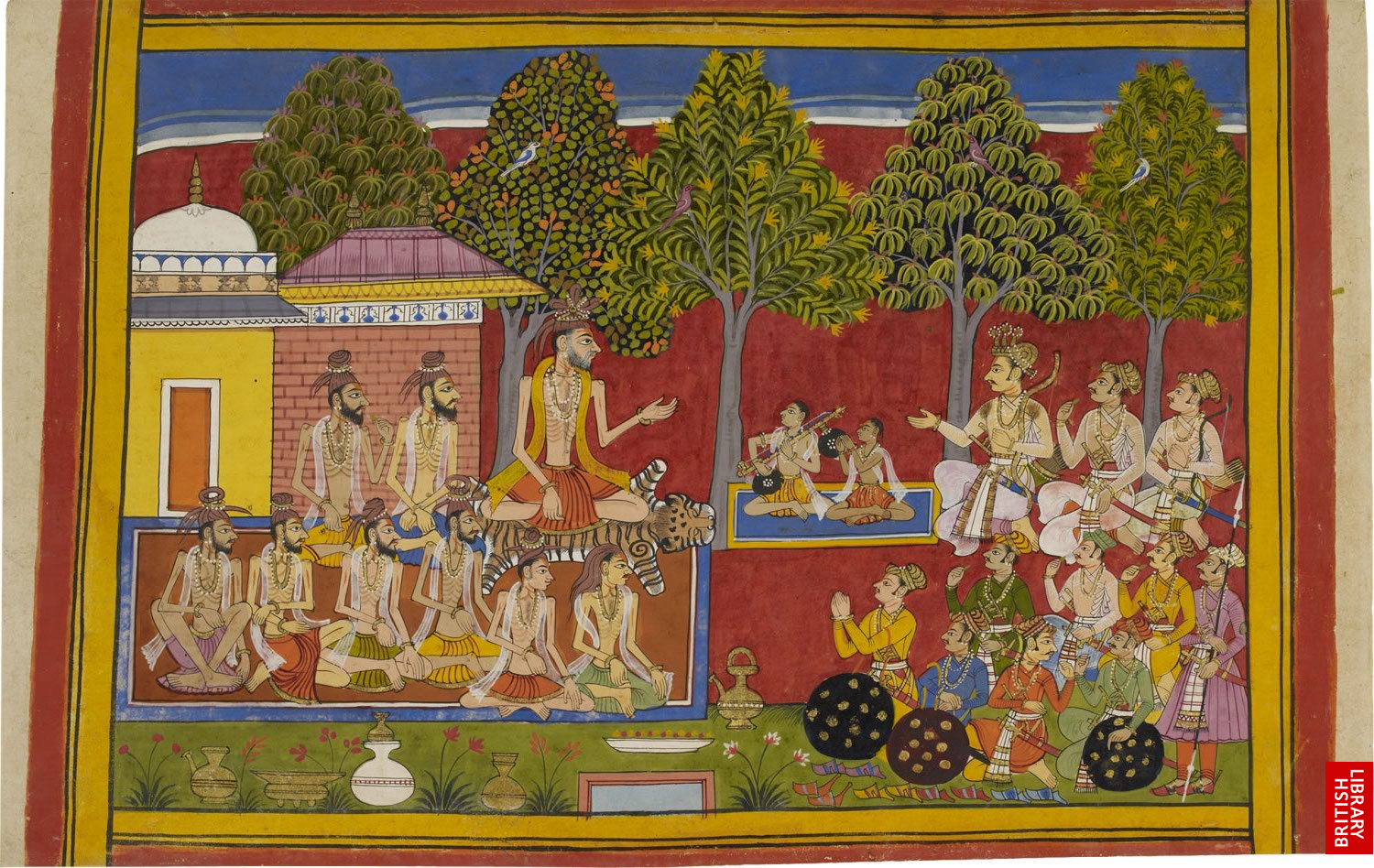