Laura Gibbs · 160. Rama Duels with Ravana's Son
Ravana's son Virabahu was devoted to Vishnu. Seeing Rama in battle, he recognized Rama as Vishnu on earth.
"O God!" shouted Virabahu, bowing down before Rama. "I am yours! Let your sword send me to heaven." Then he offered his neck to Rama's sword.
"I cannot kill someone who shows such devotion," Rama said.
"Then I will make you kill me," shouted Virabahu, and he launched an attack. They fought violently, until finally Rama's sword cut off Virabahu's head.
The head's mouth kept chanting the name of Rama.
Rama bent down and touched the head, and Virabahu ascended to heaven.
Inspired by: Sita: An Illustrated Retelling of the Ramayana by Devdutt Pattanaik.
Notes: This story is on p. 235 of the book. This story comes from the Dandi Ramayana and the Bengali Ramayana. Pattanaik explains the ending as follows: "This is an example of viparit-bhakti, reverse devotion, displaying devotion by mocking and taunting God." In the full version, Virabahu rides an elephant, and he cannot die while the elephant is still alive, so much of the battle consists of efforts to kill the elephant. 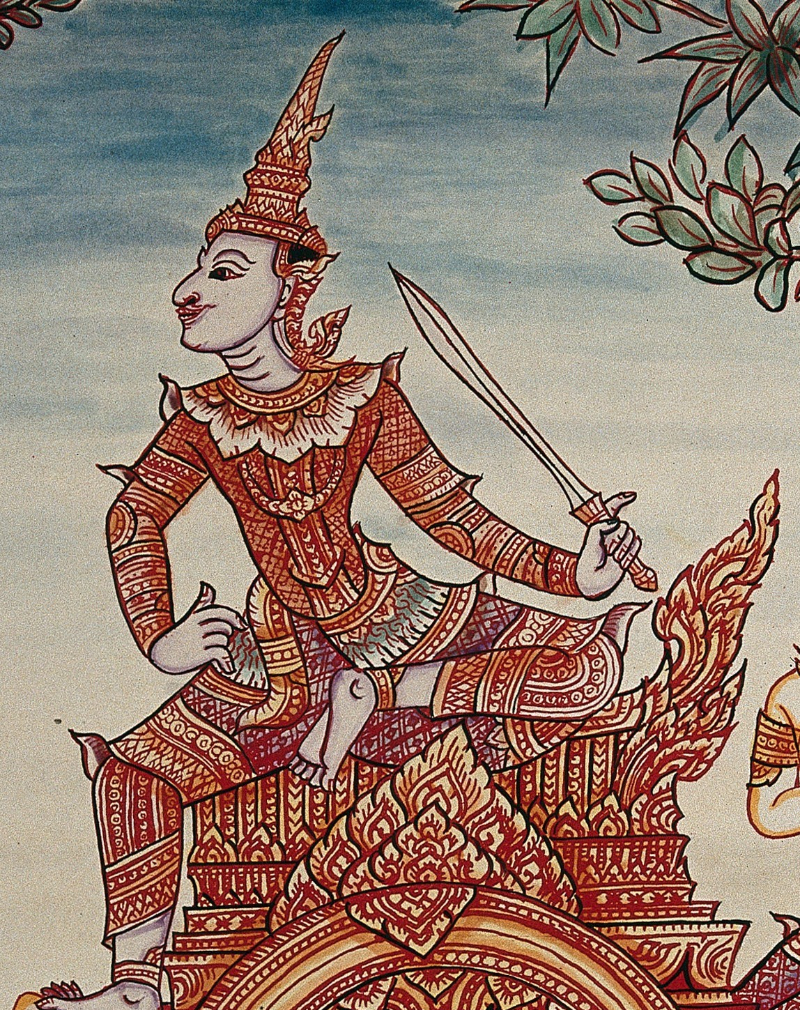