Laura Gibbs · 84. Rama Grieves
When Rama realized Sita was gone, he erupted with angry grief, threatening to destroy the whole world.
"I know where she is," said a goose, "but I won't tell you!"
Rama grabbed the bird by its neck; that's how the goose got a long neck.
"Predator must have prey," said a partridge.
"I curse you to be separated from your beloved," Rama told the partridge, "and your call will be that of a grieving lover."
Then Rama shouted, "If the gods do not return her to me, I will attack heaven itself."
Finally, Lakshmana was able to calm Rama's rage.

Inspired by: Sita: An Illustrated Retelling of the Ramayana by Devdutt Pattanaik
Notes: This story is on p. 158 of the book. In Valmiki's Ramayana, this is the Aranya Kanda (Book 3), sarga 64. The stories of the birds come from Assamese folklore, as noted by Pattanaik. The partridge, chakora in Sanskrit, was supposedly in love with the moon and wept all day because it could not see its beloved. 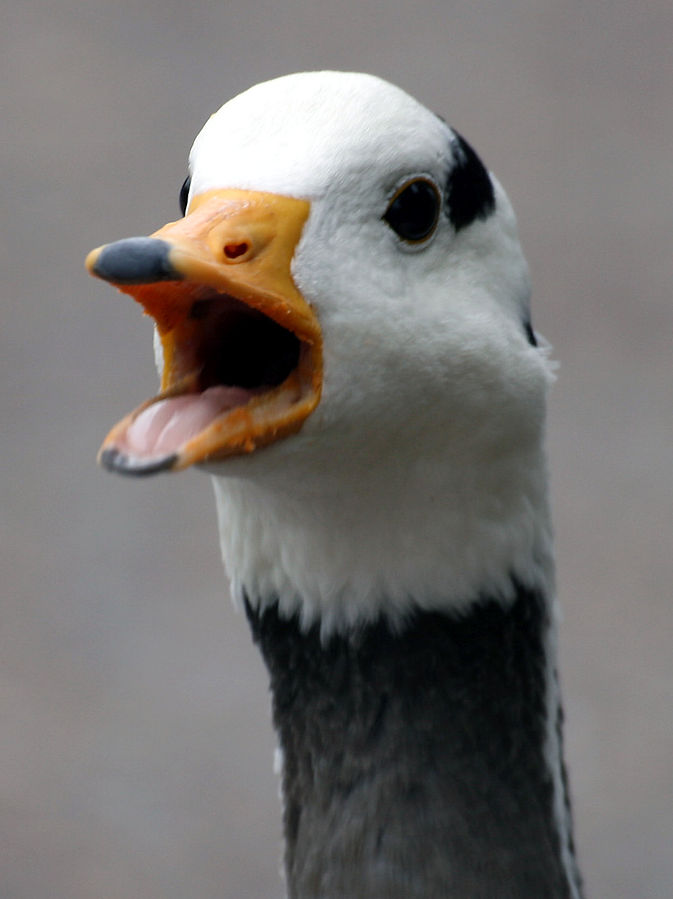