Laura Gibbs · 123. Hanuman Shows Sita the Ring
The monkey climbed down from the tree and said, "My name is Hanuman, and I am Rama's messenger to you."
Sita hesitated. Perhaps this was Ravana in disguise, tricking her again?
Then Hanuman showed her Rama's signet-ring, engraved with his name. "You know this ring," Hanuman said. "Set aside your doubts. If you want, I will carry you away to Rama now."
Sita laughed at the small monkey, but then Hanuman grew to an enormous size, and Sita realized Hanuman could do what he said.
"No," she replied softly. "Let Rama free me. You must bring Rama to me here."
Inspired by: Valmiki's Ramayana
Notes: This is the Sundara Kanda (Book 5), sarga 32. In sarga 35, Hanuman provides a narrative of the events of the epic thus far. In Pattanaik's Sita, he mentions the Shankhavali, "Garland of Doubts," which discusses questions and problems in the Ramayana tradition, one of those being how Rama, in exile and without possessions, had a ring with him: "One answer states that the ring was actually Sita's. She had given it to Ram to repay Guha, the boatman, for his kindness. Guha had not accepted the ring and it had stayed in Rama's possession." 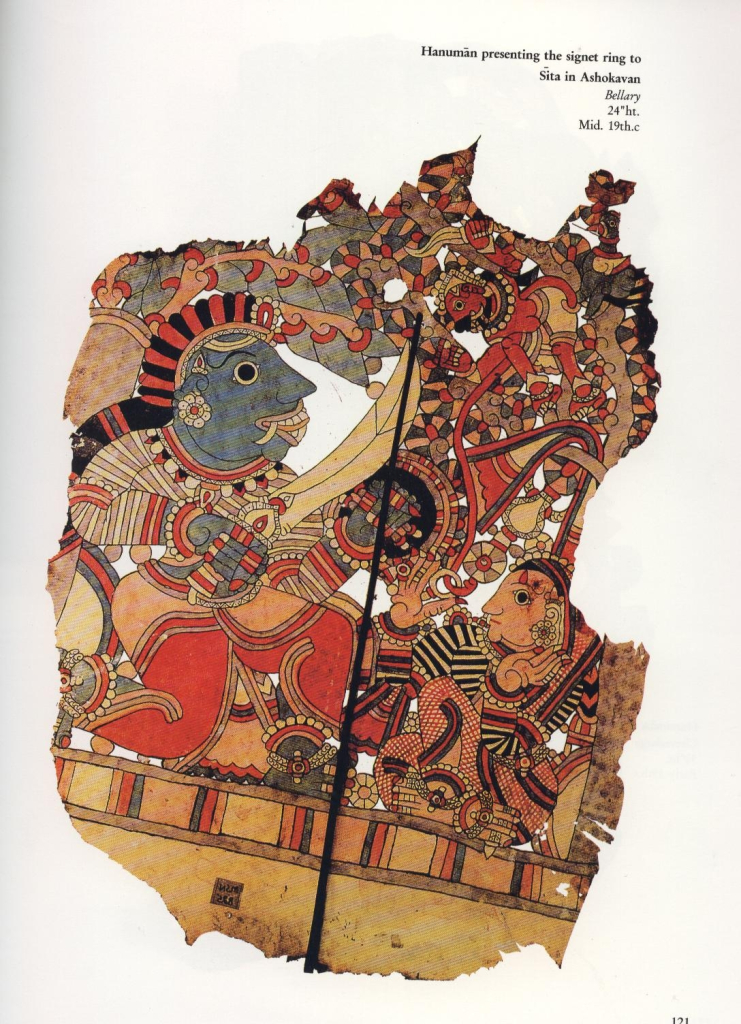