Laura Gibbs · 124. Sita's Tells Hanuman a Story
Sita handed Hanuman her jeweled hairpin. "Take this to Rama and remind him of this story which nobody else knows. One day in the forest a crow bothered me. It wouldn't leave me alone. I ran to Rama, but the crow pursued me, pecking me until it drew blood. Rama took a blade of kusha-grass and made it into a fire-missile. The crow begged for mercy, but the missile could not fail, so Rama had the missile strike the crow's right eye. The crow lost its sight in that eye but survived. Tell that to Rama, and he will remember."
Inspired by: Valmiki's Ramayana
Notes: This is the Sundara Kanda (Book 5), sarga 38. In some versions, this crow is actually Jayanta, son of Indra. You can find out more at Wikipedia. 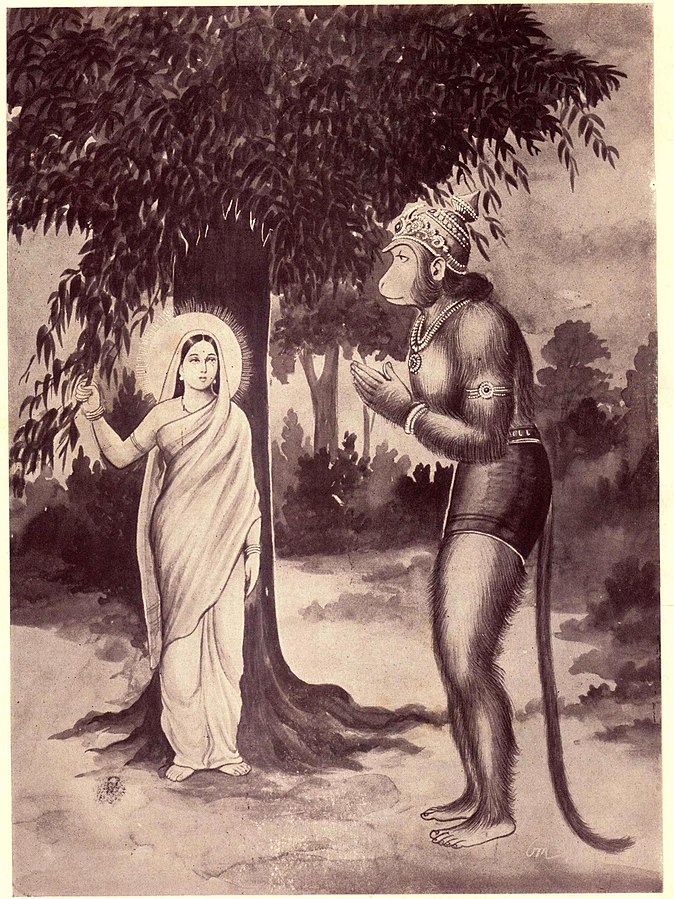