Laura Gibbs · 53. Dasharatha Sends Rama into Exile
When King Dasharatha sent Rama into exile, Rama did not protest.
"A king's promises must be kept," said Rama.
"I'll go with you!" shouted Lakshmana.
"And I will go also," added Sita.
"It's too dangerous, Sita," said Rama.
But Sita insisted. "I am your wife, and I will go with you."
Then Lakshmana's wife Urmila said, "I will go also!"
"I can't protect both my brother and my wife," said Lakshmana. "You will help me most if you stay here."
Urmila wept bitterly, but she did as Lakshmana asked.
Rama, Sita, and Lakshmana went into exile together.
Urmila stayed behind.
Inspired by: Sita: An Illustrated Retelling of the Ramayana by Devdutt Pattanaik
Notes: This story is on p. 79 of the book. In Valmiki's Ramayana, this is the Ayodhya Kanda (Book 2). In sarga 18, Kaikeyi is the one who tells Rama the news, as Dasharatha is too overcome; see sarga 27 for Sita insisting that she accompany Rama, and it is after that, in sarga 31, that Lakshmana says he will go too. Later, Urmila be of even greater help to Lakshmana by sleeping so that he can stay constantly awake, the so-called Urmila-Nidra, or sleep of Urmila. 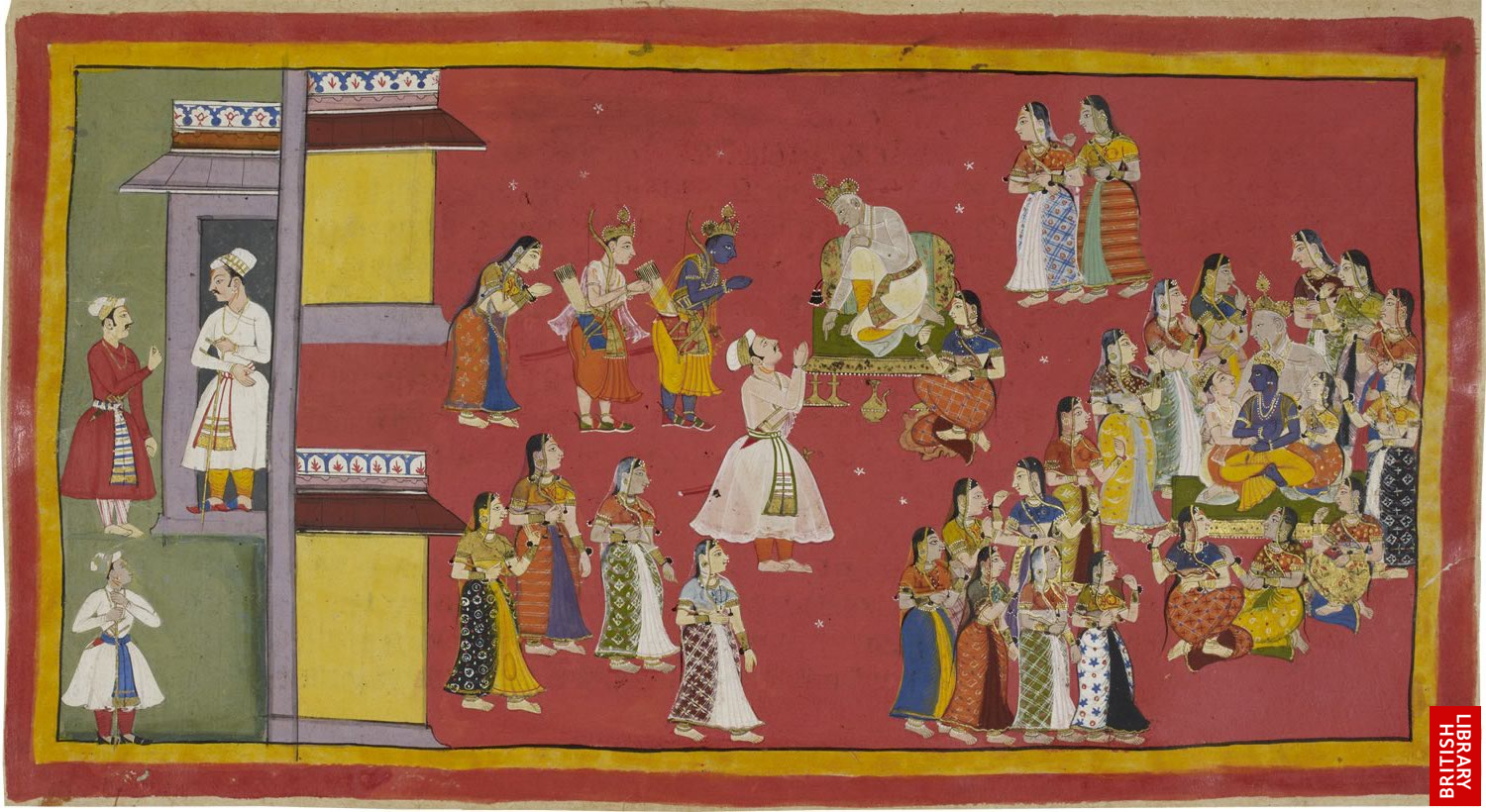