Inspired by: The Ramayana (Uttara Kanda: Sarga 10).
Notes:  In some versions, Kumbhakarna wanted to ask for Indra-asana (Indra's seat), but instead Saraswati made him ask for Nidra-asana. Nidra means "Sleep" and Nidra is the name of the Goddess of Sleep. 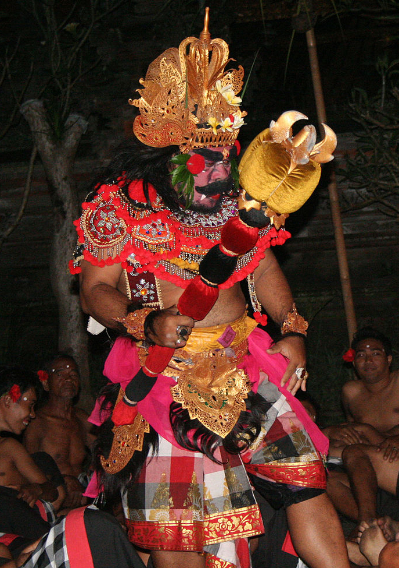