70. The Tortoise, the Leopard, and Their Drums

Tortoise and Leopard used to be friends.
"Let's make drums!" Leopard said to Tortoise one day, so they went into the forest. Together they cut down a tree, and each made a drum.
Tortoise's drum had a much better sound than Leopard's drum, and Leopard was jealous.
After a while, Leopard tried to take Tortoise's drum by force. "Give it to me!" he snarled.
"No!" said Tortoise. "It's mine!"
Then Tortoise ran, holding his drum tight.
Leopard chased Tortoise.
When Tortoise reached the river, he jumped in.
Leopard couldn't swim, so Tortoise escaped.
That was the end of their friendship.
[a Bulu story from Cameroon]
https://africa.lauragibbs.net/images/tortoise_1549_sketch.jpg
Inspired by: "Turtle and His Drum Escape" in Bulu Folk-Tales (in Journal of American Folklore) by George Schwab, 1914. The Bulu are a people who live in Cameroon.
Notes: You can read the original story online. The author notes: "'The Bulu signal-drum is made by hollowing out a section of a log. It may be made in any size, from about nine inches to several feet in diameter. and from two to six feet long. " 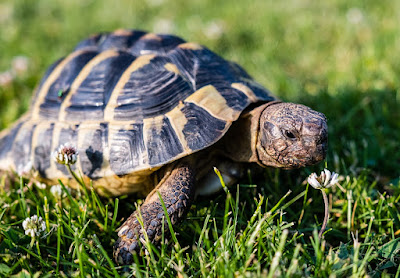 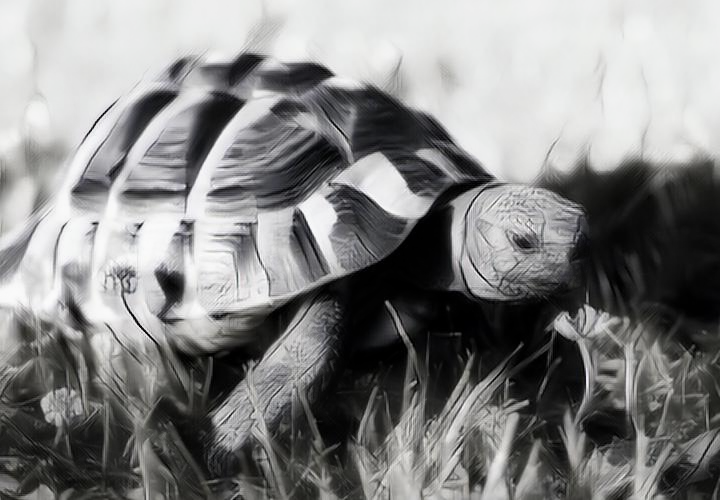