71. The Tortoise, the Leopard, and their Mothers

During a famine, Tortoise told Leopard, "Let's kill our mothers and eat them."
Leopard agreed.
"Mine is across the stream," said Tortoise. He crossed the stream, gathered plums, and squeezed plum-juice into the water.
Thinking he saw blood flowing, Leopard killed his mother too, putting her body into a bag.
Tortoise brought back a bag also, but it contained only plums.
"I'll cook yours," said Tortoise; "you cook mine."
They ate Leopard's mother first.
Then, when Leopard went to cook Tortoise's mother, he found only plums.
"What have you done?!" shouted Leopard.
Tortoise replied, "Ask instead: what have YOU done?"
[a Bulu story from Cameroon]
Inspired by: "How Turtle Deceived Leopard Into Eating His Own Mother" in Bulu Folk-Tales (in Journal of American Folklore) by George Schwab, 1914. The Bulu are a people who live in Cameroon.
Notes: You can read the original story online. 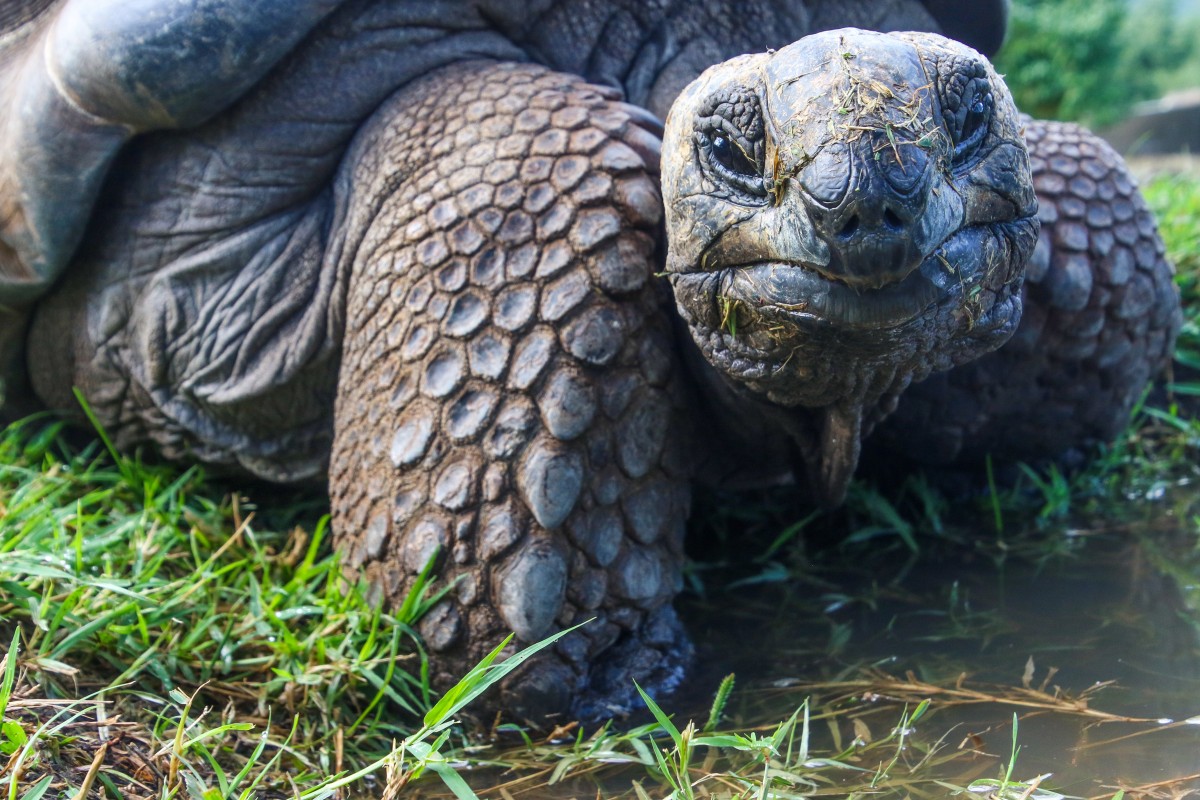