69. The Leopard in the Tortoise's Garden

When Tortoise saw Leopard prowling around his garden, he was afraid but pretended otherwise. "I know a good game we can play here in the garden!" Tortoise said.
"Yes, let's play!" said Leopard.
"You'll like this game," said Tortoise. "You stand here next to the tree, and I take this rope, and then I wrap it around you like this..." While he was speaking, Tortoise tied Leopard to the tree.
"I don't like this game!" yelled Leopard. "Let me go!"
But Tortoise just laughed. Then he went into the house and warned his wife to stay out of the garden.
[an Edo story from Nigeria]
African Tales Book 2, African: Book 2,
Inspired by: "Tortoise and Leopard" in Thirty-Two Folk-Tales of the Edo-Speaking Peoples of Nigeria (published in Folklore) by Northcote W. Thomas, 1920.
Notes: You can read the original story online. The story continues in the original with the Tortoise's wife going into the garden, but without much detail, so I did not try to include this part: "The tortoise went home and told his wife not to go to the garden; but the wife went to get wood and saw the leopard and shouted. And the leopard asked her to release him; but she said, " You will kill me," but he said he would not. So she released him and then he tried to kill her, and she said it was not right. So the leopard fears the tortoise now and runs away; and the tortoise beat his  wife and said  she must catch the leopard. But she could not; but she spoils men." 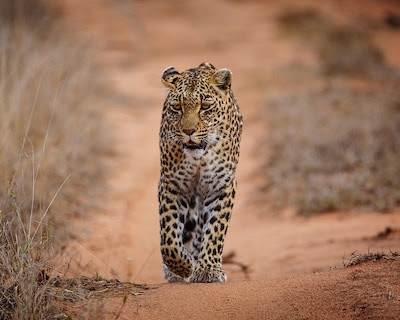 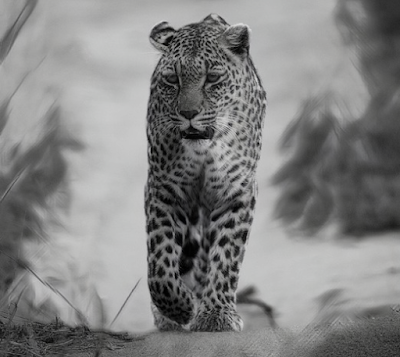