68. The Tortoise and the Leopard's Farm

Leopard made the animals hoe his fields.
Working hard, the animals grew thirsty, so Leopard agreed to bring them water.
After Leopard left, Tortoise said, "We're fools to work for Leopard who killed our mothers and fathers."
"Stop grumbling, Tortoise!" the animals replied.
Then Tortoise hid in a bush. He waited until Leopard returned and then shouted in an eerie, booming voice, "You're fools to work for Leopard who killed your mothers and fathers."
Amazed, the animals exclaimed, "A divine voice has spoken!" They all threw their hoes at Leopard and ran off.
Leopard had to hoe his own fields.
[an Edo story from Nigeria]
Inspired by: "The Leopard and His Farm" in Thirty-Two Folk-Tales of the Edo-Speaking Peoples of Nigeria (published in Folklore) by Northcote W. Thomas, 1920.
Notes: You can read the original story online. In the story, the Tortoise cries out "Waise!" from his hiding place; the ewaise are diviners and doctors in western Africa, although I am not sure if that is what is meant here or not; I decided to make it seem like the animals recognized some kind of divine voice when Tortoise was hiding, compared to how they reacted when he was speaking to them directly. Maybe I'll be find another version of this story to help clarify. 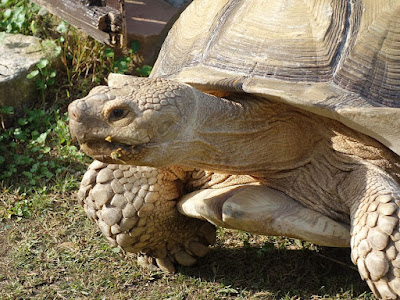 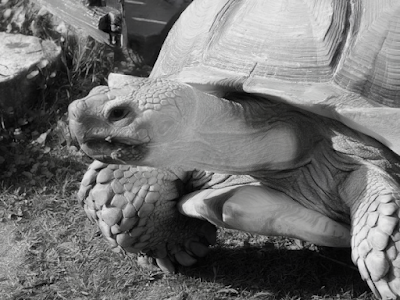