128. King Leopard and the Deer

King Leopard wanted to test his subjects, so he pretended to be gravely ill.
The animals all came to pay their respects.
"May the King live forever!" said Deer, and all the animals said the same.
Next, Leopard pretended to be dead.
When Deer heard Leopard was dead, he painted himself with spots and went to Leopard's house. "I will be King now!" proclaimed Deer. "And Leopard's beautiful wife is now my wife!"
Then Leopard sprang up and killed Deer.
Ever since, the leopards and the Deer have been enemies: deer run from leopards, and leopards catch and kill them.
[a story from Liberia]
Inspired by: "Playing Dead" in Folktales from Liberia (in Journal of American Folklore) by Richard C. Bundy, 1919.
Notes: You can read the original story online. 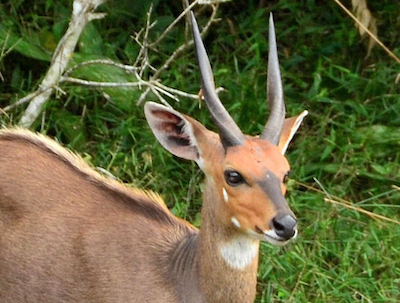 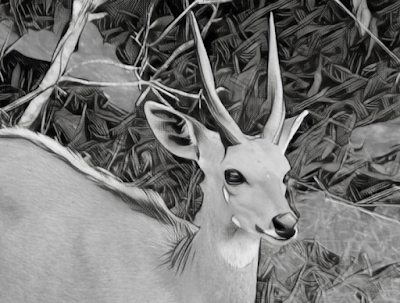