129. The Leopard and the Hyena

Hyena and Leopard went hunting together and killed many animals.
"Let's cut up the meat and cook it right here," said Leopard.
"I don't have a knife," said Hyena.
"Don't worry," said Leopard. "But what about the fire?"
"Don't worry," said Hyena.
While Leopard cut the meat with his claws, Hyena smashed a stone to make fire.
"How did she make fire?" Leopard wondered. "I'm scared she'll burn me!" So Leopard ran away.
"How did he cut the meat?" Hyena wondered. "I'm scared he'll cut me!" So Hyena ran away.
Now Leopard and Hyena run whenever they see each other.
[an Edo story from Nigeria]
Inspired by: "Hyena and Leopard" in Thirty-Two Folk-Tales of the Edo-Speaking Peoples of Nigeria (published in Folklore) by Northcote W. Thomas, 1920.
Notes: You can read the original story online. 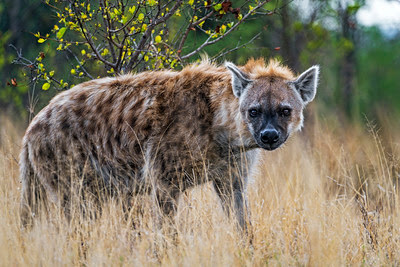 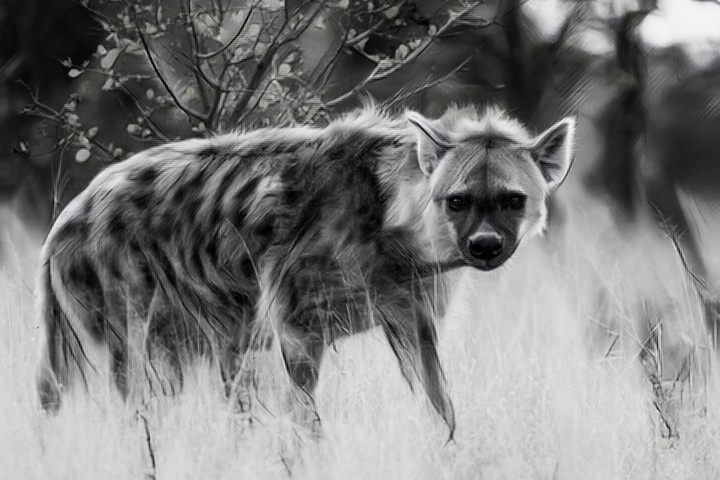