Moon sent Tortoise with a message for the people: "As I, the Moon, die and live again, so shall you."
Tortoise repeated the message over and over as he walked, but he walked very slowly.
Moon waited and waited.
Finally she sent Rabbit.
Rabbit ran fast, but he didn't repeat the message while he ran, and he delivered the wrong message instead: "Moon dies and lives again, but you will die forever."
Later, Tortoise arrived with Moon's message of eternal life, but it was too late.
The angry people threw stones at Rabbit; that's why Rabbit has a split lip.
[a San story from the Kalahari Desert]
Inspired by: "Origin of Death" in Pygmies and Bushmen of the Kalahari by S. S. Dornan, 1925.
Notes: You can read the original story online. There are lots of great details in the original like poor Tortoise repeating the message over and over trying not to forget it. Also, the people send someone to ask the Moon just what to do and Moon confirms that because Rabbit's message got there first, people will indeed die forever. 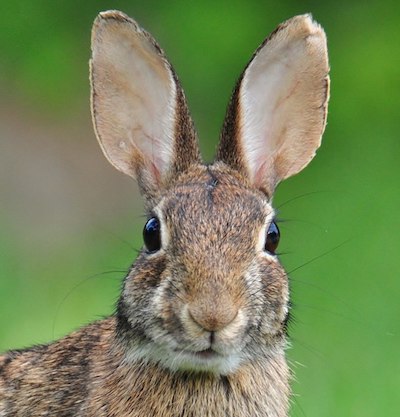