35. The Messages of the Chameleon and the Rabbit

God chose Chameleon as his messenger. "Tell the people: You will die, but then you will rise again."
Chameleon walked so slowly that he forgot the message and had to go back.
Angry at Chameleon's failure, God sent Rabbit instead. "You're quick," he told Rabbit. "You'll be my messenger."
Rabbit ran fast, but he also forgot the message. Afraid to go back, he delivered the wrong message, telling the people, "You will die, and you will die forever."
This made the people angry. One man threw a stone that hit Rabbit on the mouth.
That's why Rabbit's lip is split.
[a San story from Botswana]
Inspired by: "The Chameleon and the Hare" in The Tati Bushmen (Masarwas) and their Language (in Royal Anthropological Institute of Great Britain and Ireland) by S. S. Dornan, 1917.
Notes: You can read the original story online. 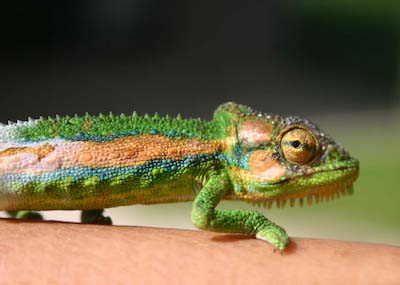 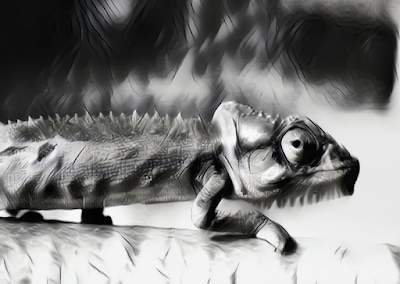