66. When the Tortoise Wrestled the Leopard

"I'll beat any animal in wrestling!" boasted Leopard.
What the animals didn't know was Leopard had tied his tail to a tree stump, making it impossible to throw him. Then he ordered Elephant to block the stump from view.
One after another, the animals tried and failed to throw Leopard.
Tortoise said, "I'll wrestle you tomorrow!"
During the night Tortoise came and dug up the stump so Leopard and Elephant couldn't play their trick again.
The next day Tortoise wrestled with Leopard and threw him to the ground.
"Now you can all see," said Tortoise, "I am strongest of all!"
[a Bulu story from Cameroon]
Inspired by: "How Turtle Threw Leopard in Wrestling" in Bulu Folk-Tales (in Journal of American Folklore) by George Schwab, 1914. The Bulu are a people who live in Cameroon.
Notes: You can read the original story online. 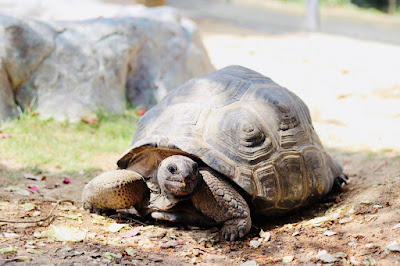 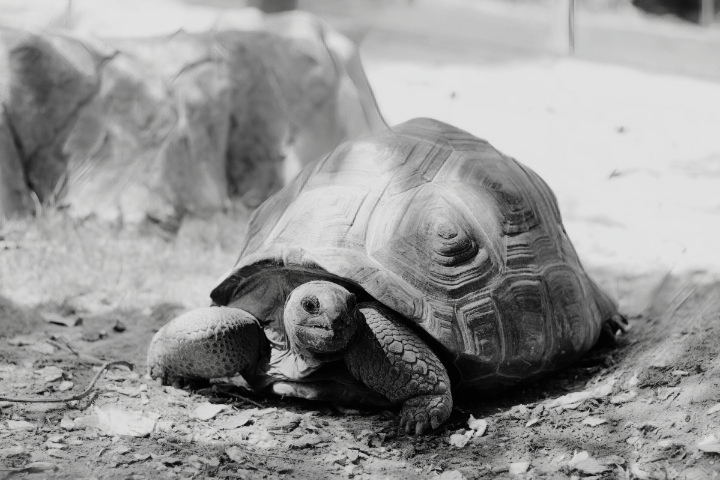