24. The Origin of Baboons

Long ago, Baboons were people.
They were lazy and stole their food from other people's fields, but even that was too much work. "Let's go live in the forest," they said. "We'll eat the fruits that fall to the ground."
In the forest, they became Baboons. If you look at their hands and their feet, you can see that they were once people, but now they are covered with fur.
They remember their old village and the fields, so when they are hungry, they still come out of the forest and steal from the fields like they did long ago.
[an Ila story from Zambia]
Inspired by: "Why Men Became Baboons" in The Ila-Speaking Peoples Of Northern Rhodesia, Volume 2 by Edwin Smith and Andrew Murray Dale, 1920.
Notes: You can read the original story online. 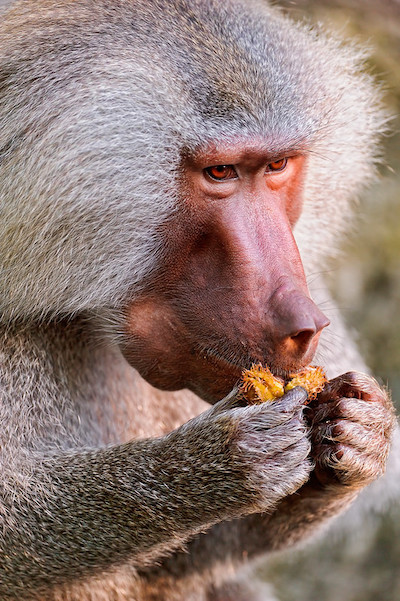