141. The Hyrax Who Learned to Climb

All the forest animals feasted on the flowering bushes down on the ground.
All the animals except Hyrax.
"Instead of feeding down here, we should climb the trees," Hyrax said, but the other animals didn't listen.
Hyrax alone learned to climb.
When people saw animals eating the flowering bushes, they laid traps there. The next day when the animals came to eat the bushes, they were caught in the traps and died.
From high up in the tree, Hyrax said, "You did not listen to me and learn to climb the trees, and now look what has happened to you!"
[a Bulu story from Cameroon]

Inspired by: "The Animals Perish Because They Refuse to Listen to Hyrax" in Bulu Folk-Tales (in Journal of American Folklore) by George Schwab, 1914. The Bulu are a people who live in Cameroon.
Notes: You can read the original story online. The esombo plant is the Rauvolfia caffra. The name of the hyrax is Nyok. 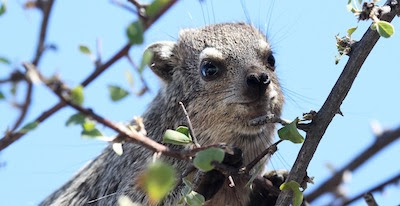 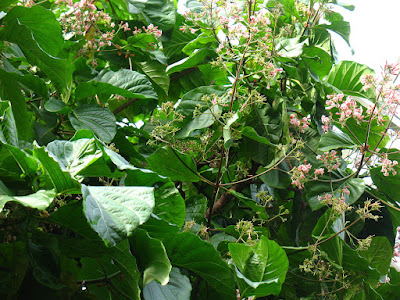