When Lion’s son heard that Crocodile had killed and eaten his father, he wanted revenge.
Young Lion went and stalked a Buffalo along the riverbank. Once again, Lion pounced on Buffalo, and once again Crocodile came onto the land, grabbed hold of Buffalo’s leg, and pulled.
This time, however, young Lion fought back. He pulled hard, dragging Crocodile further up onto the land. Then young Lion pounced on the Crocodile and tore him to pieces.
Thus, young Lion avenged his father and proved that Lion is the strongest animal on the land, while Crocodile is the strongest in the water.
[a Baganda story from Uganda]
Inspired by: "The Lion and the Crocodile" in The Baganda by John Roscoe, 1911.
Notes: This is a continuation of Lion and Crocodile. 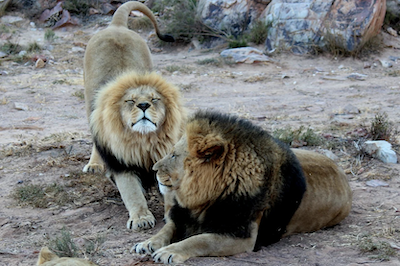 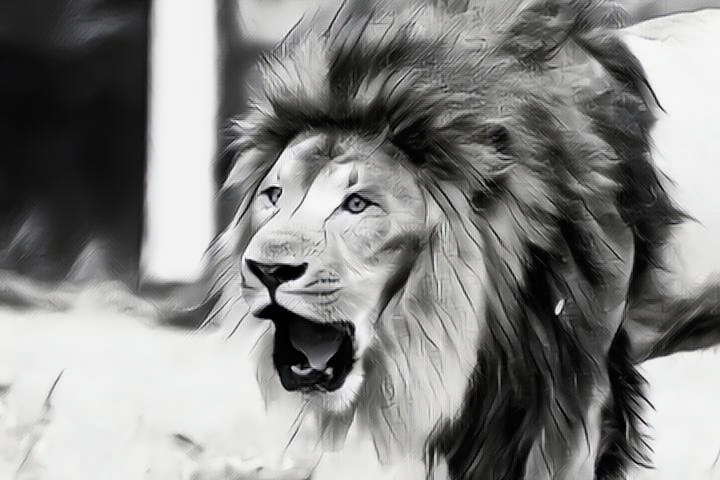