151. The Rat and the Crocodile

Rat used to be rich, but Crocodile was poor.
“I’ve got such troubles,” Crocodile told Rat.
“What’s trouble?” asked Rat. “I don’t know what trouble is.”
“I can show you,” said Crocodile.
“Yes!” said Rat. “Come to dinner and show me.”
Crocodile showed up with a big sack. “I brought trouble,” he said, “but let’s eat first.”
After dinner, Crocodile said, “Open that sack if you want to know trouble.”
Rat opened the sack. Four cats jumped out. Rat hid, but the cats ate his brother, his son, his wife, and her brother.
Now Rat is poor.
He knows trouble.
[a Kwahu story from Ghana]
Inspired by: "How the Rat Became Poor" in We Two in West Africa by Decima Moore and F. G. Guggisberg, 1909.
Notes: You can read the original story online. The author notes that this is a "Kroo story which has travelled inland and is now common property in Kwahu." She recorded the story as told in creole. I've seen versions of this story where crocodile is the one who doesn't know what trouble is, so it was fun to see him being the teacher this time. There are some great details in the original story, like Mrs. Rat pounding the fufu to serve to their guest. 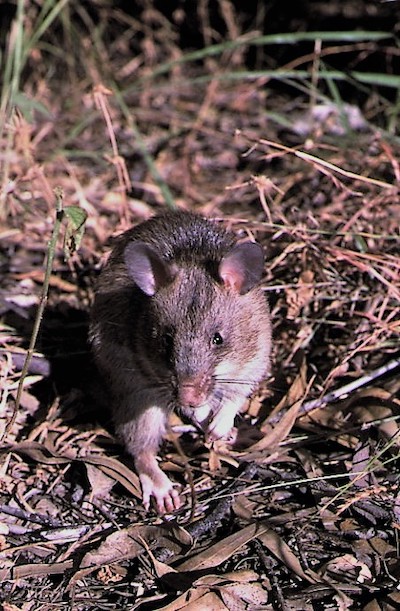