A man and a woman walking in the desert saw wild horses far away.
Knowing the woman’s powers, the man told her, “Become a lion and kill a horse for us to eat.”
“I don’t want to scare you,” she said.
“I’m starving!” he said. “I won’t be scared.”
The woman then transformed into a lion.
Terrified, the man climbed a tree.
The lion pursued the horses, killed one, and dragged it back to the tree.
“Don’t kill me!” the man begged.
The lion roared angrily and then resumed her human form.
The man never asked her to hunt again.
[a Khoekhoe story from Namibia]
Inspired by: "A Woman Transformed into a Lion" in Reynard the fox in South Africa; or, Hottentot fables and tales by W. H. I. Bleek, 1864.
Notes: You can read the original story online. Bleek's source was Sir James E. Alexander's "Expedition of Discovery into the Interior of Africa." The story says that the woman was a "Bushman" and the man a "Hottentot." In the story she has a child with her, but I left that part out. Compare what is essentially the same story from Liberia, but this time the woman turns into a leopard: The Leopard-Woman. 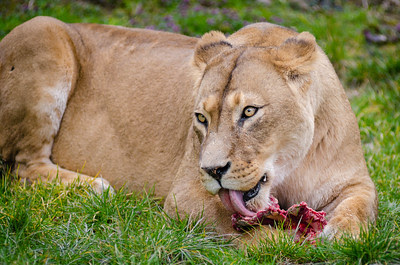 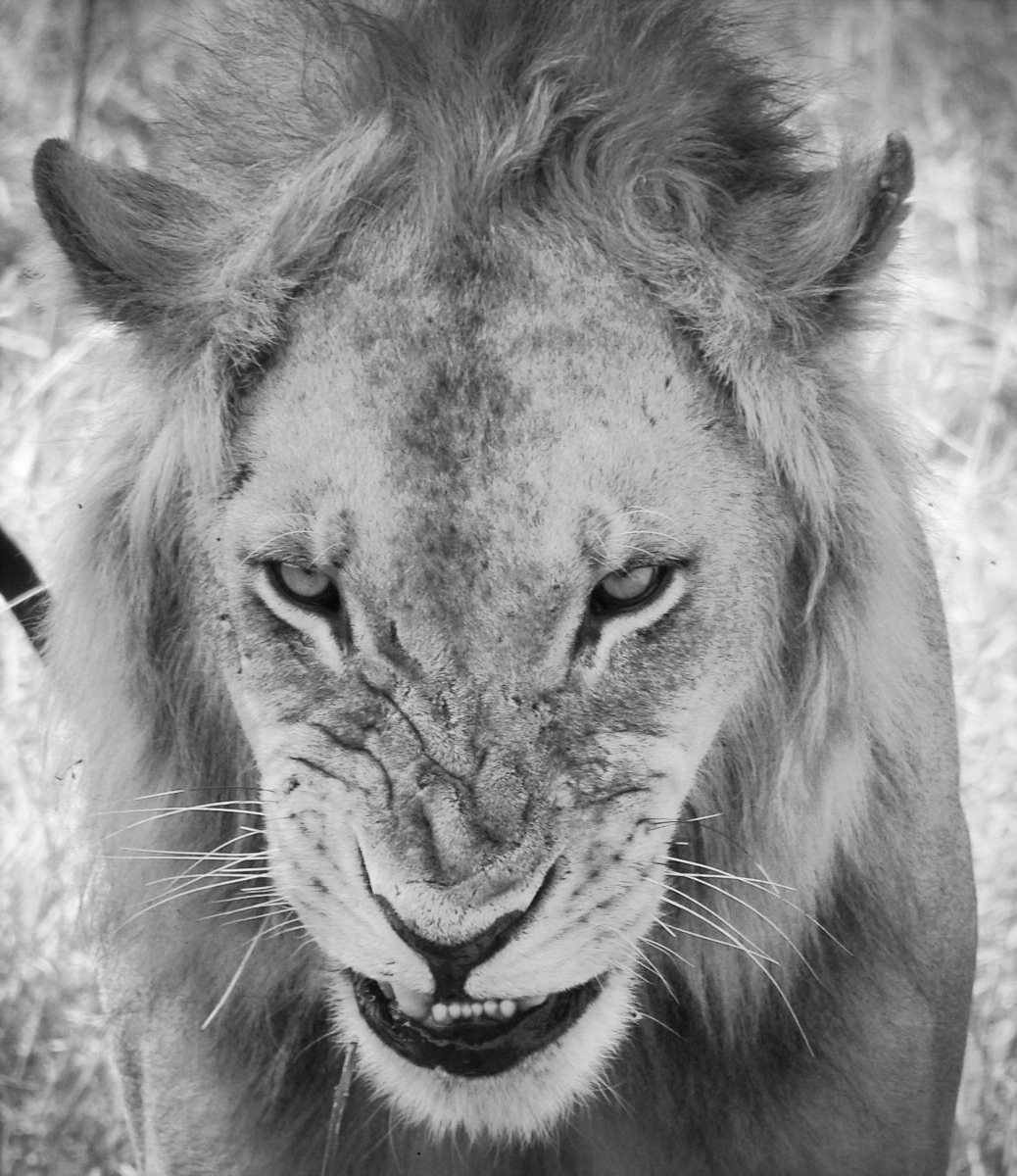