Once upon a time, two girls went to fetch firewood.
They heard a monkey singing up in a tree.
“Don’t listen to the monkey’s song,” one girl said to the other.
But the other girl couldn’t stop herself. She started singing the song… and she turned into an elephant!
The other girl got scared. She ran back to the village and told everybody what had happened.
“That’s impossible!” they said.
“I saw it happen,” she insisted. Then that girl started singing the monkey’s song, and she also turned into an elephant.
Thus the people knew she was telling the truth.
[a Temne story from Sierra Leone]
Inspired by: "An Old Man Turns Elephant" in Cunnie Rabbit, Mr. Spider, and the Other Beef: West African Folk Tales by Florence M. Cronise and Henry W. Ward, 1903.
Notes: This is another "making an elephant" story from Sierra Leone; for more information see: Making an Elephant. 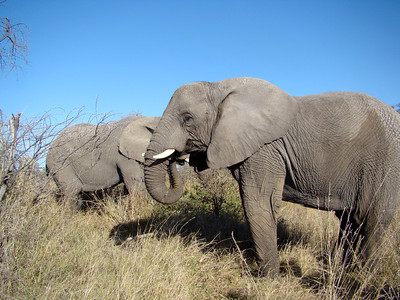 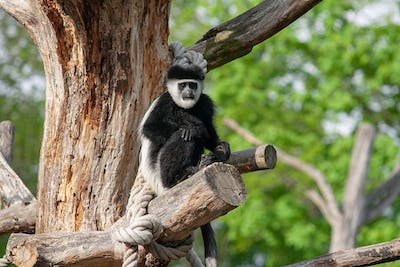