171. The Man Who Became an Elephant

There was an old man who was too weak to work, so the people took him to a shack in the woods. They brought four mortars with them, a pestle, and two winnowing-fans.
They put one of his feet into a mortar, then the other.
Then they put one of his hands into a mortar, then the other.
They put the pestle in his mouth, and they tied the two winnowing-fans on his ears.
Then they left him.
A while later they came back: he was gone.
They saw elephant tracks leaving the hut.
That man had become an elephant.
[a Temne story from Sierra Leone]
Inspired by: "An Old Man Turns Elephant" in Cunnie Rabbit, Mr. Spider, and the Other Beef: West African Folk Tales by Florence M. Cronise and Henry W. Ward, 1903.
Notes: You can read the original story online. The story is recorded there in creole. It supposedly happened in "Mende country." There are two "turned elephant" stories there; here is the other song: The Monkey's Magical Song. 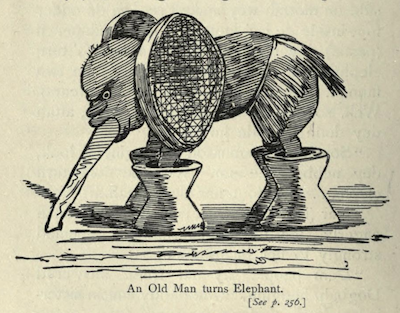 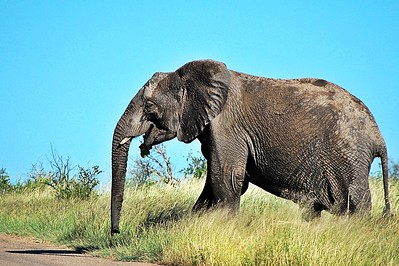 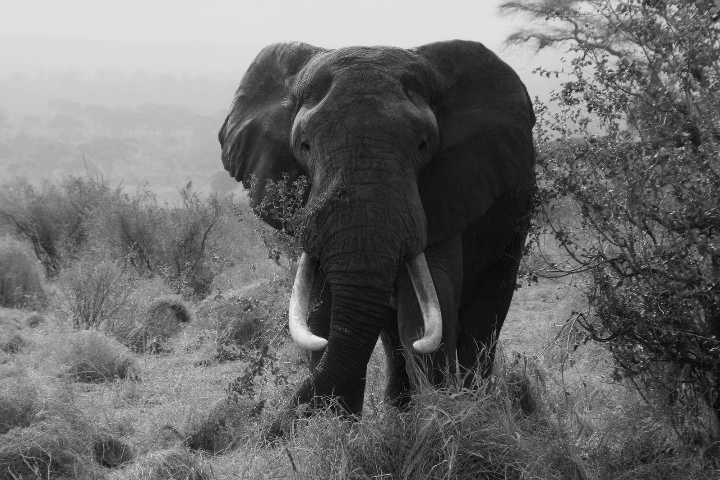