185. The Man Who Tracked a Gorilla

A man tracked a gorilla who had raided his fields, planning to kill it. He followed the gorilla’s tracks and found fruit heaped at the base of a tree; the gorilla was up in the tree. The man waited for the gorilla to come down.
Meanwhile, a chimpanzee approached and began eating the fruit.
The gorilla then descended, and the chimpanzee angrily tried to chase the gorilla away. When the gorilla protested, the chimpanzee grabbed a stick and hit the gorilla, whereupon the gorilla struck the chimpanzee dead with a single blow.
The man had seen enough: he ran home.
[a Bakongo story from Zaire]
Inspired by: "The Chimpanzee And Gorilla" in Notes on the Folklore of the Fjort by R. E. Dennett, 1898.
Notes: You can read the original story online. These are Bakongo stories from the French Congo, now Zaire. The author presents this as a true story, which he introduces as follows: "A native friend of mine, who considers himself a great hunter and naturalist, told me that, his plantations having suffered severely from the depredations of the gorilla, he had determined to follow up his tracks, and kill him, if possible." 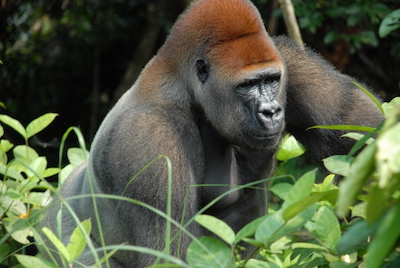 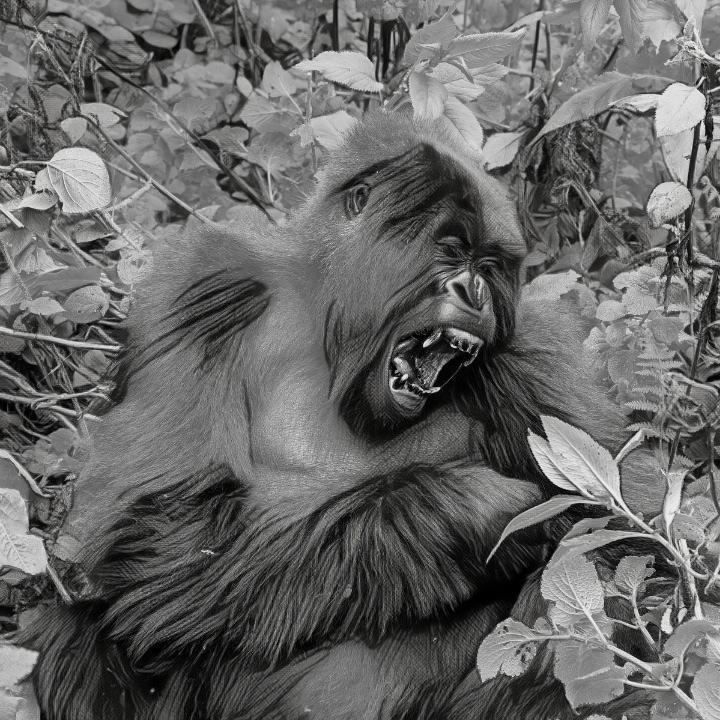