A woman lost her way in the forest. Night fell, and she heard lions roaring in the darkness.
Then some baboons came and rescued her. They brought her to their home and treated her kindly, giving her milk to drink and food to eat.
The woman lived for a long time with the baboons, and she learned their language.
Meanwhile, the people of her village thought the woman had died.
She finally went back to her home, but she would return to the forest at night and talk with the baboons.
When the woman died, the baboons howled in grief.
[a Bantu story from southern Africa]
Inspired by: "The Baboons and the Lost Woman" in Bantu Customs and Legends published in the journal Folklore by James Macdonald, 1892.
Notes: You can read the original story online. The author lived among the Basutos and other peoples of southern Africa, but he does not say specifically where he heard this particular legend. 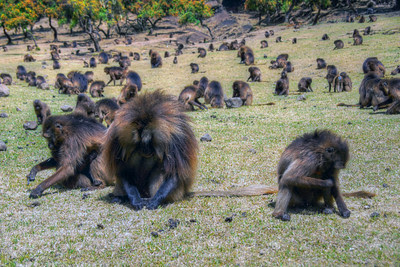 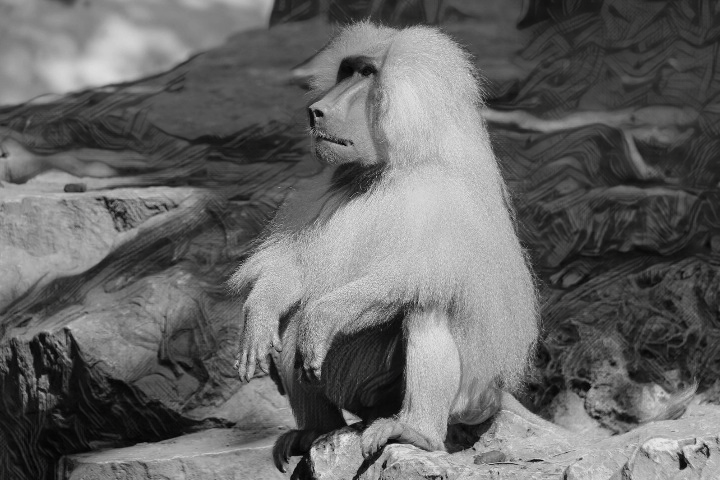