153. The Python with Two Heads

A very long Python had two heads — one forward, one behind — but he didn’t know about the other head.
Whenever he sang, he heard someone else singing.
“Stop that!” he yelled.
Whenever he coughed, he heard someone else coughing.
This made Python angry.
“Discover who mocks me,” Python told his servants, “and kill him!”
Python’s servants walked and walked, finally reaching the other head.
They returned to Python. “His body is your body!” they said.
“I said kill him!” shouted Python.
The servants obediently ran and chopped off the other head.
When they got back, Python was dead.
[a Chewa story from Malawi]
Inspired by: "The Two-headed Python" in Some Folk-lore Stories and Songs in Chinyanja by R. S. Rattray, 1907.
Notes: You can read the original story online; there are specifics in the story about the python's song and the sound he made coughing and as his cough died away. The story is from Malawi. 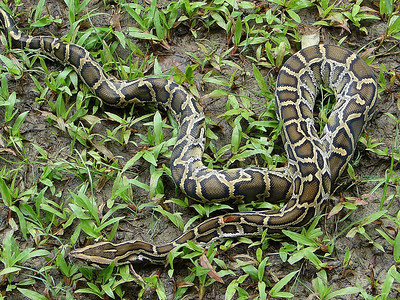 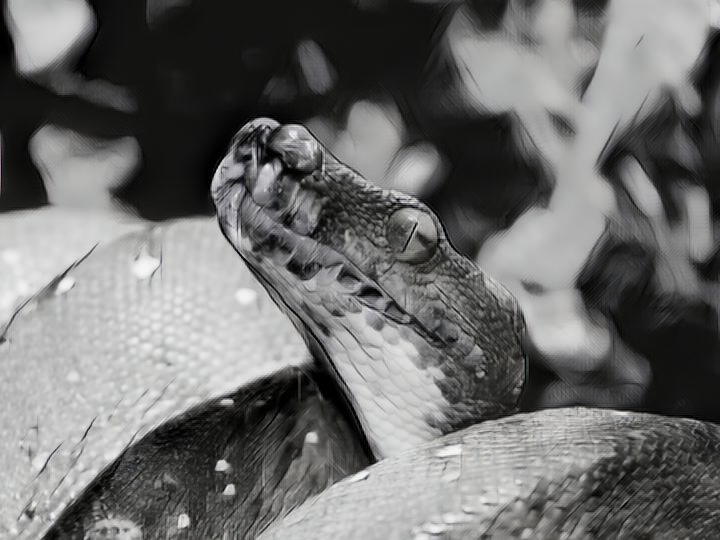