“You’re fast,” said Frog, “but I’m faster.”
Deer laughed. “If you think so, let’s race!”
Before the race began, Frog told his brothers to station themselves along the race-course. “Just hop in front of Deer when he approaches,” Frog told them. “Deer thinks we all look the same; that’s how we’ll fool him.”
Deer was surprised that around every twist and turn Frog hopped out ahead of him. “Here I am!” he croaked, always ahead no matter how fast Deer ran.
Deer ran faster and faster and faster, and then he dropped down dead.
That’s how Frog won the race.
[an Igbo story from southern Nigeria]
Inspired by: "A Frog and a Deer" in Among the Ibos of Nigeria by George T. Basden, 1921.
Notes: You can read the original story online. This fable is told about many other pairs of animals, with the trickster being sometimes the tortoise, or the frog, as in this version, and sometimes the swift animal is the deer, as here, or the rabbit, etc. 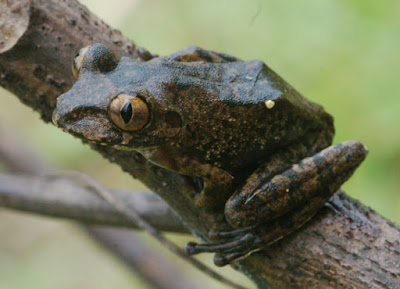 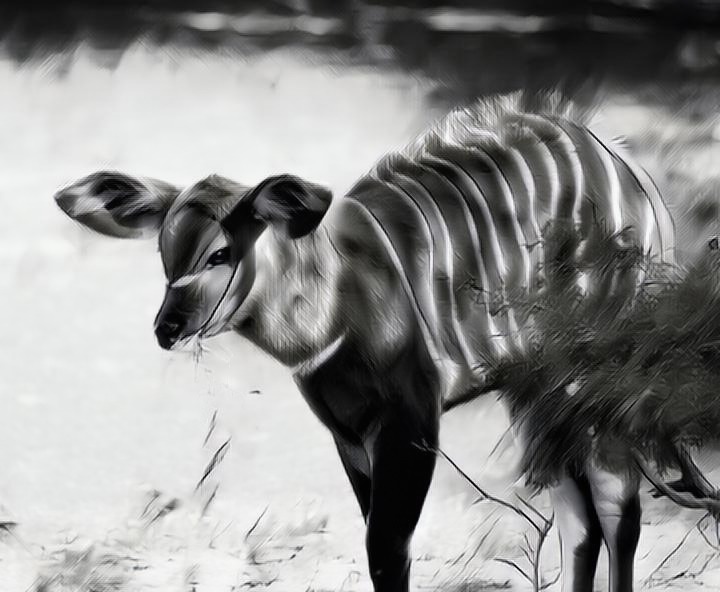