The people decided to make Dog their king.
On Dog’s coronation day, the people gathered to celebrate. They brought forth the crown, the scepter, the rings, and the royal robe. They spread out a fine mat and placed a throne on the mat. Dog sat on the throne. Drummers drummed, and musicians played the marimbas.
Then the feast began. But before the food was even served, Dog jumped up, grabbed a roast chicken, and ran off into the bush.
“Look at that!” the people shouted. “Dog has run off with a roast chicken. He’s no king; he’s just a thief!”
[an Ambundu story from Angola]
Inspired by: "Dog and the Kingship" in Folktales of Angola by Heli Chatelain, 1894.
Notes: You can read the original story online, and the Kimbundu text is also available. See Chatelain's note for details about the symbols of kingship. 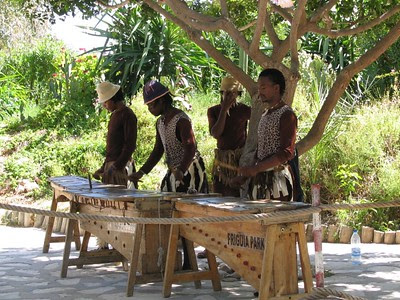