A pig and a deer were traveling together when they reached a fork in the road.
“Let’s go this way,” said the pig, pointing to the path that led through open fields.
“No! That way takes too long. Let’s go this way,” said the deer, pointing to the path leading through the forest. “It’s much faster!”
They argued and argued, and finally the two friends parted, the pig going one way, the deer going the other.
After a long journey, the pig reached his destination.
The deer had not gotten even halfway there before a hunter shot and killed him.
[an Igbo story from southern Nigeria]
Inspired by: "A Pig and a Deer" in Among the Ibos of Nigeria by George T. Basden, 1921.
Notes: You can read the original story online. 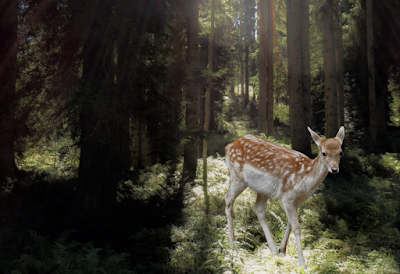