Laura Gibbs · 186. The Yadavas Quarrel
Time passed.
Then, a fight began in Dwaraka: some Yadavas defended the Pandavas, while others defended the Kauravas.
"The Kauravas ambushed Abhimanyu!" shouted the Pandava allies.
"The Pandavas deceived Drona!" retorted the Kaurava allies.
Back and forth they argued.
Fearing violence, Krishna and Balarama hid every weapon, but the quarreling citizens of Dwaraka then grabbed reeds from the seashore. These were no ordinary reeds: their edges were as sharp as any iron weapon.
Thus the Yadavas destroyed themselves.
Satyaki and Kritavarma, who had both survived the war, killed one another in that fight.
Such was the power of Gandhari's curse.

Inspired by: Jaya: An Illustrated Retelling of the Mahabharata by Devdutt Pattanaik.
Notes: This story is on p. 328. 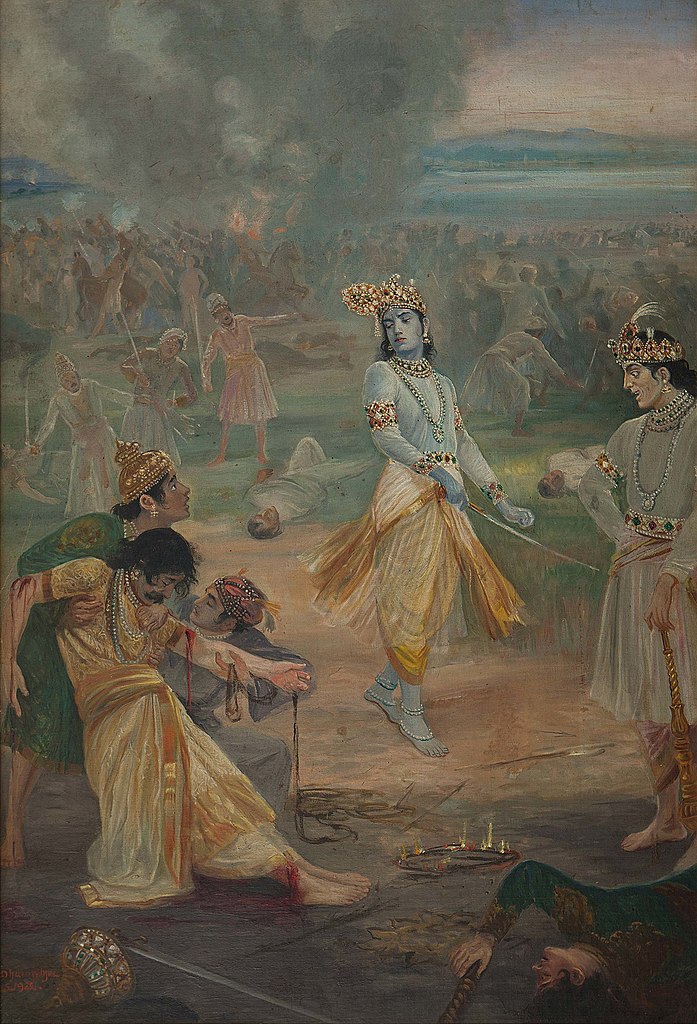