Laura Gibbs · 187. The Story of the Reeds
Long ago, Krishna's son Samba wanted to trick the forest rishis, so he dressed up as a pregnant woman. "Is my baby male or female?" he asked.
The angry rishis replied, "You bear no baby but an iron bar that will destroy the Yadavas."
Samba tried to laugh it off, but an iron bar eventually emerged from his thigh. Horrified, Samba ground the bar into dust which he threw into the sea.
The sea cast the iron dust back onto the shore, and it grew into the reeds with which the Yadavas destroyed themselves years later, arguing about the war.

Inspired by: Jaya: An Illustrated Retelling of the Mahabharata by Devdutt Pattanaik.
Notes: This story is on p. 328. 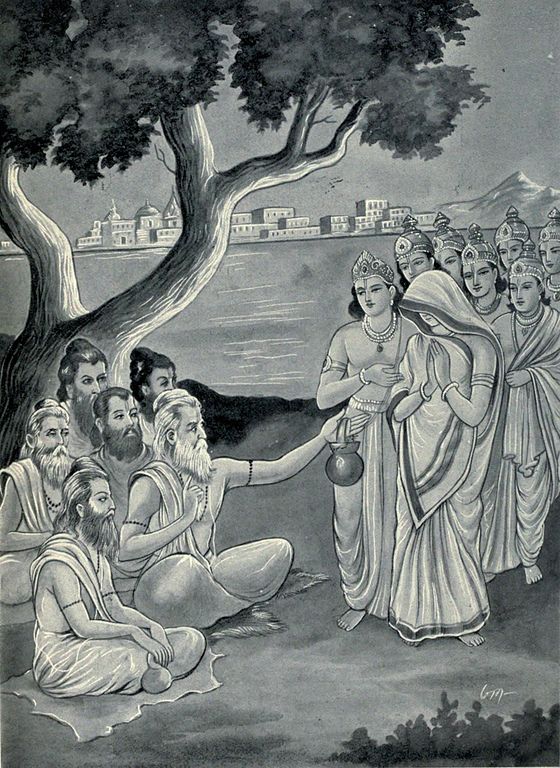