Laura Gibbs · 129. The Story of the Lakes at Kurukshetra
This was not the first time Kurukshetra tasted kshatriya blood. The brahmin-warrior Parashurama had dug five lakes there, the Samanta-Panchaka, filled with the blood of the kshatriyas he killed.
Shortly before the war began at Kurukshetra, there was a solar eclipse, and the great kings had all come to purify themselves by bathing in the Samanta-Panchaka. The Pandavas were in exile then, but the other kings who would later fight at Kurukshetra attended the ritual.
As Krishna watched the kings bathing, he had a vision of them all covered in blood. War was coming, and these kings would not survive.

Inspired by: Jaya: An Illustrated Retelling of the Mahabharata by Devdutt Pattanaik.
Notes: This story is on p. 228, and the part about Krishna is on p. 218. 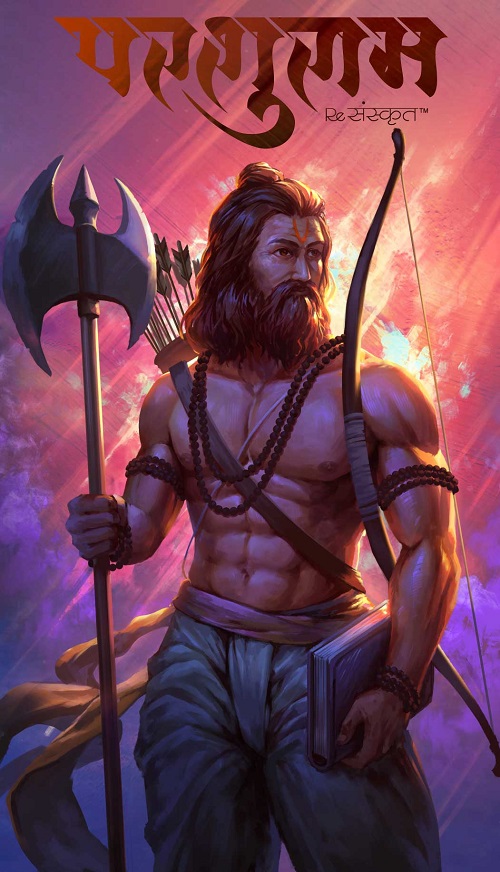