Laura Gibbs · 140. Barbarika Joins the War
Barbarika, a mighty warrior, was the son of Bhima and a naga princess, but he had an unexpected loyalty. "I always join the losing side," he proclaimed.
Krishna realized this shifting loyalty would prolong the war forever. "If you help the losers," Krishna said, "help me by beheading someone who threatens the whole world!"
"Show him to me!" said Barbarika.
Krishna held up a mirror.
Barbarika was true to his word. "Still, I wish I could see the war," he said as he beheaded himself.
Afterwards, Krishna breathed life into the head so Barbarika could watch the war after all.

Inspired by: Jaya: An Illustrated Retelling of the Mahabharata by Devdutt Pattanaik.
Notes: This story is on p. 287. You can find out more about Barbarika, also known as Khatushyam, at Wikipedia. Some say he was the son of Bhima's son Ghatotkacha, making him Bhima's grandson, not his son. 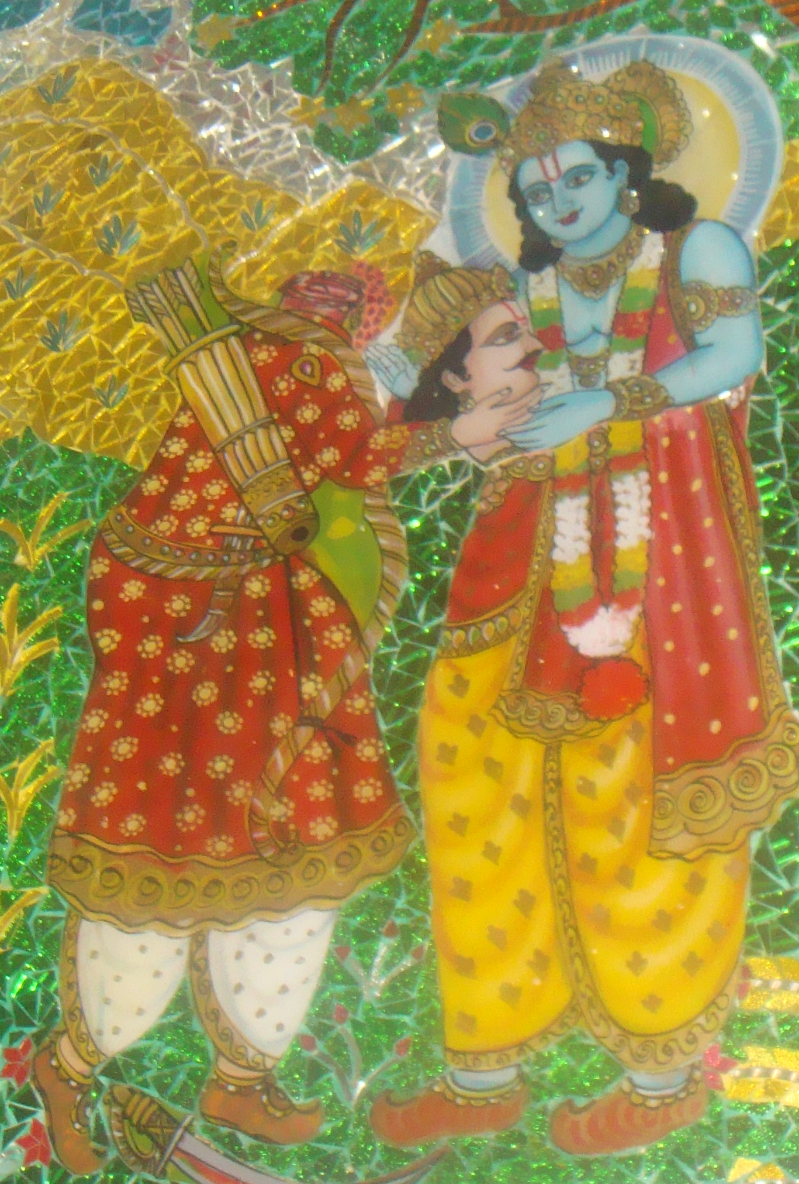