Laura Gibbs · 188. Balarama and Krishna Depart the World
After the Yadavas slaughtered one another, Balarama resolved to leave the world. As he meditated, his life-force emerged in the form of a white snake, which then vanished.
After Balarama departed, Krishna too was ready for his life to end. He went into the forest, sat under a banyan tree, and waited.
A hunter named Jara, mistaking Krishna's foot for the ear of a deer, shot Krishna with an arrow.
Jara had found the arrowhead in the belly of a fish, and it was made of the same accursed iron which had killed the Yadavas.
Gandhari's curse was now fulfilled.

Inspired by: Jaya: An Illustrated Retelling of the Mahabharata by Devdutt Pattanaik.
Notes: This story is on p. 329. The snake alludes to the legend that Balarama was an incarnation of the great Naga, Shesha. 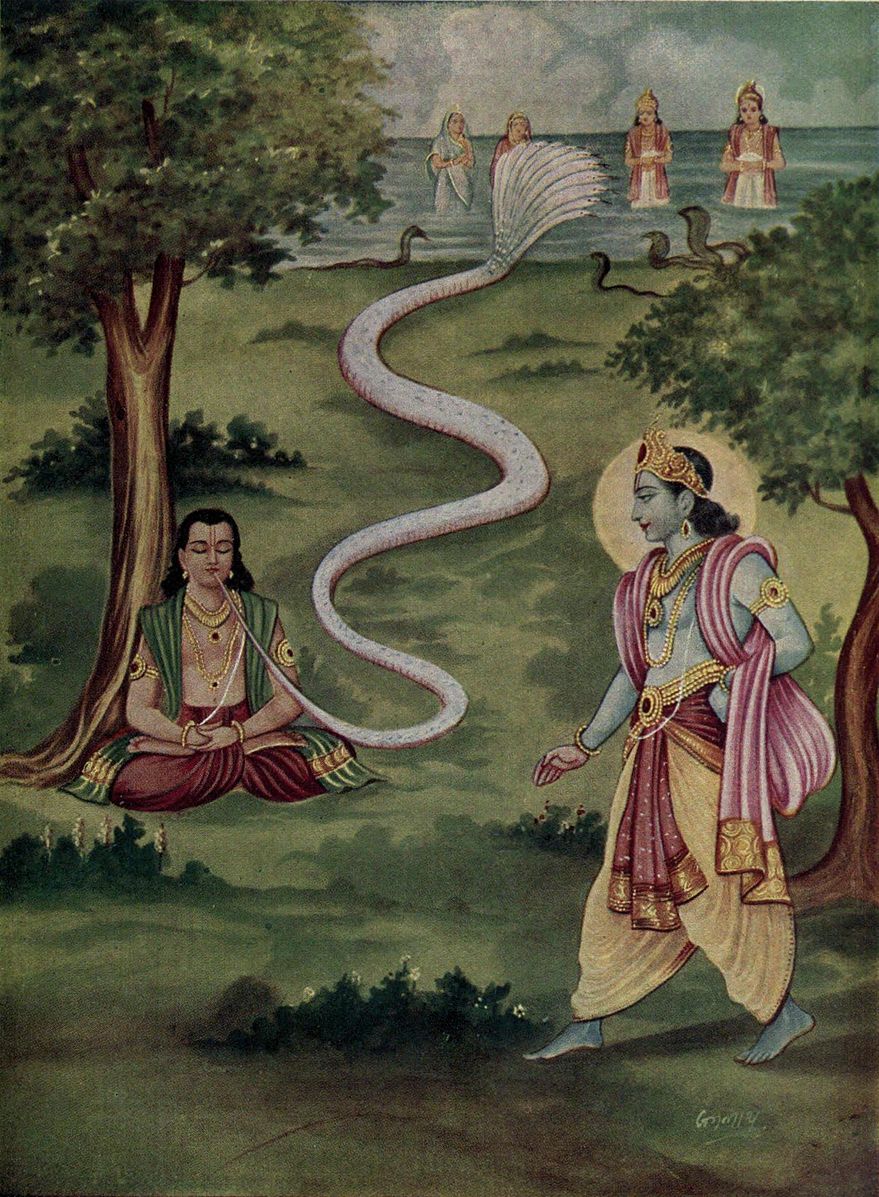