Laura Gibbs · 20. The Story of Mandavya
To understand Vidura's story, listen to Mandavya's story:
While the rishi Mandavya meditated, thieves hid in his ashram. The king's guards arrested Mandavya with the thieves. "I'm innocent!" Mandavya protested, but the king pierced him with a lance.
Mandavya complained to Yama, god of dharma.
"Actions have consequences," said Yama. "That's karma. As a boy, you played with insects, piercing them with sticks. You, the impaler, have been impaled."
"That is not justice!" replied Mandavya. "I curse you to suffer unjustly in another life."
Yama was born as Vidura, having the qualities of a king but not allowed to rule.
Inspired by: Jaya: An Illustrated Retelling of the Mahabharataby Devdutt Pattanaik.
Notes: This story is on p. 39. 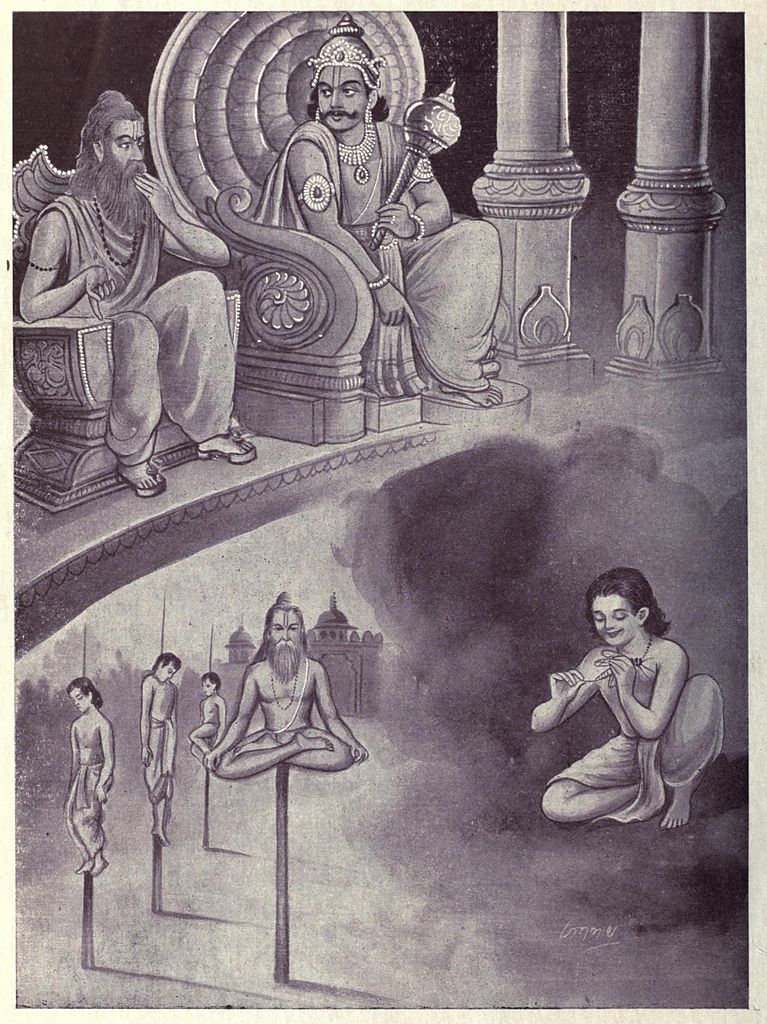