Laura Gibbs · 15. How the Sons of Satyavati Died
Chitrangada died unmarried. A gandharva had challenged him, shouting, "My name is Chitrangada, and I forbid you to use my name!" "No!" the king retorted; "I am Chitrangada forever!" Then they fought fiercely for days, weeks, months, years. After three years, the gandharva won. The king who would not surrender his name paid with his life.
Vichitravirya died married, but without sons. He was still a boy when he became king, and Bhishma ruled as his regent. "You must not enter my palace," Bhishma told him, "not ever!" But Vichitravirya disobeyed him, and Bhishma's pet elephant crushed him to death.

Inspired by: Jaya: An Illustrated Retelling of the Mahabharataby Devdutt Pattanaik.
Notes: The story of Chitrangada is on p. 35 (Adi Parva: Sambhava) and the story of Vichitravirya is on p. 38, from the 15th-century Bengali Mahabharata of Kabi Sanjay. 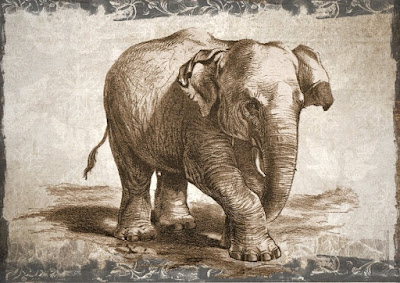