Laura Gibbs · 107. Kichaka Pursues Draupadi
Before joining the court of King Virata as servants, the Pandavas tied their weapons and armor in a bundle and hid the bundle in a tree that stood in the cremation grounds.
Then they entered Virata's court and, thanks to the blessing of Yama, no one recognized them as the Pandavas.
The year of disguise was almost complete when disaster struck: Queen Sudeshna's brother, a general named Kichaka, became obsessed with Draupadi.
"I'm married to five powerful gandharvas," Draupadi told him, "and they watch over me. You must leave me alone, for your own good."
But Kichaka ignored her warnings.
Inspired by: The Mahabharata: A Shortened Modern Prose Version by R. K. Narayan
Notes: This story is from Chapter 9: Hundred Questions. 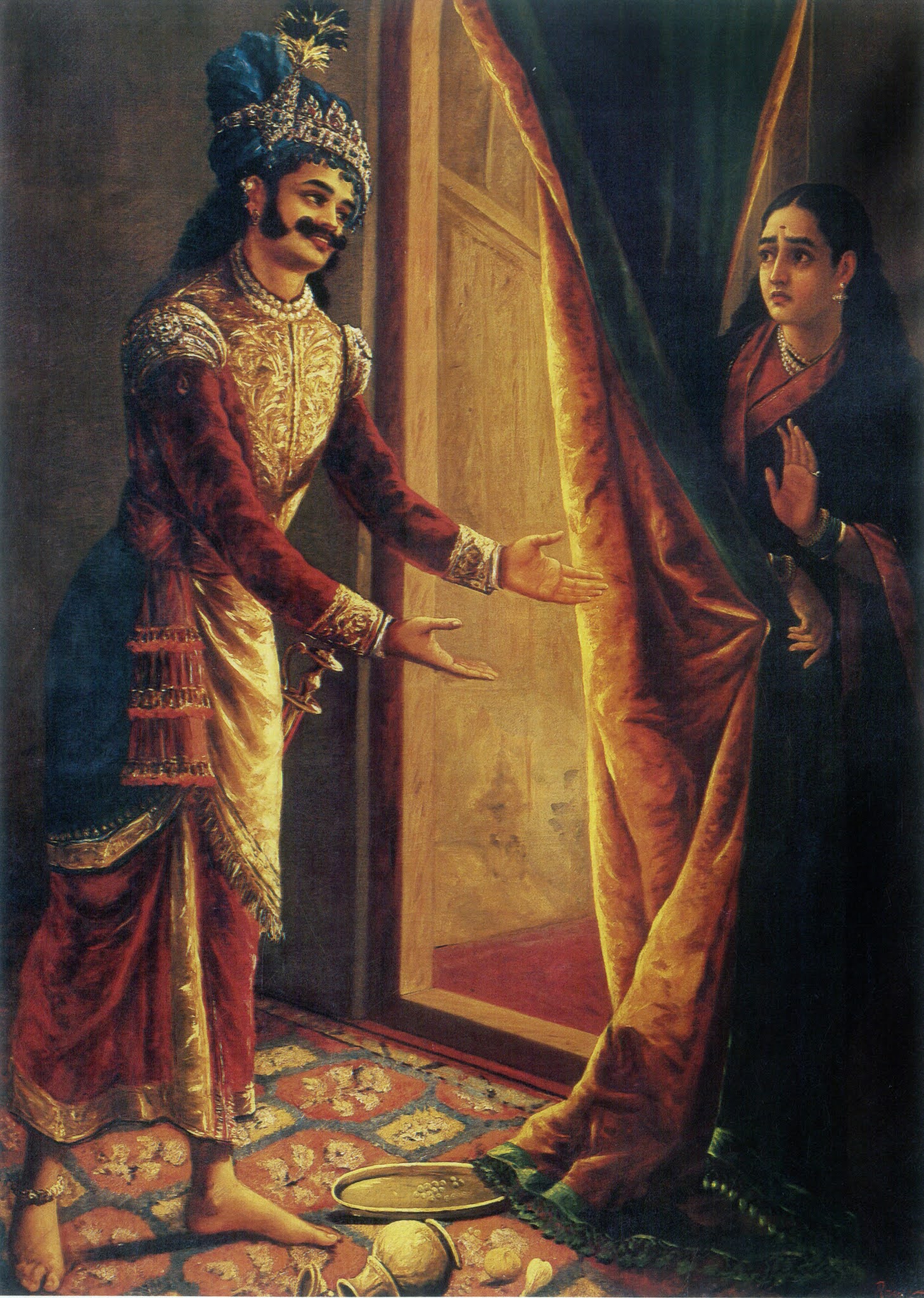