Laura Gibbs · 106. The Pandavas Go to King Virata
After twelve years of exile in the forest, the Pandavas and Draupadi had to spend a thirteenth year in disguise. If they were discovered, the exile would begin again. They decided to hide together in the court of King Virata in Matsya.
Yudhishthira became Kanka, playing dice with the king; during his time in exile Yudhishthira had become very skilled at dice.
Bhima became Vallabha, a cook.
Arjuna became Brihannala, a eunuch who taught the ladies dancing and music.
Nakula became Granthika, a trainer of horses.
Sahadeva became Tantipala, a herder of cattle.
Draupadi became Sairandhri, maid to Queen Sudeshna.
Inspired by: The Mahabharata: A Shortened Modern Prose Version by R. K. Narayan
Notes: This story is from Chapter 9: Hundred Questions. 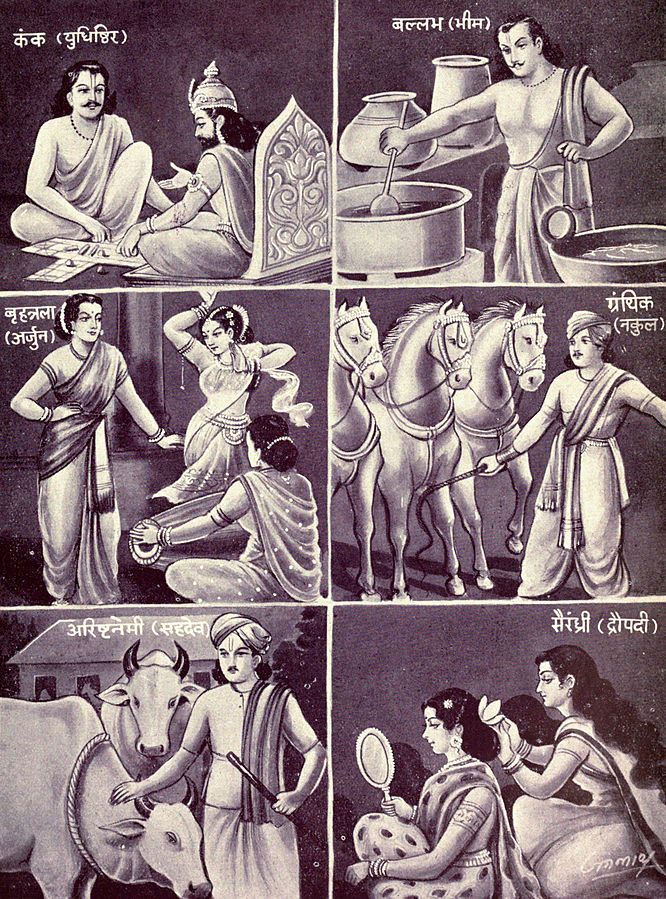