Laura Gibbs · 25. Dhritarashtra Has a Son
King Dhritarashtra rejoiced when his wife Gandhari told him she was pregnant, but he despaired a year later when she still had not given birth. Another year went by, and still Gandhari had not given birth, although her belly was big.
While he waited for his wife's delivery, Dhritarashtra took his wife's maid, Sughada, into his bed. She gave birth to a son: Yuyutsu.
Because Yuyutsu's mother was a member of the servant class and not a kshatriya-warrior, Yuyutsu could not inherit the throne, much like his low-born uncle Vidura. Also like Vidura, Yuyutsu was a wise and righteous man.
Inspired by: Jaya: An Illustrated Retelling of the Mahabharataby Devdutt Pattanaik.
Notes: This story is on p. 49. 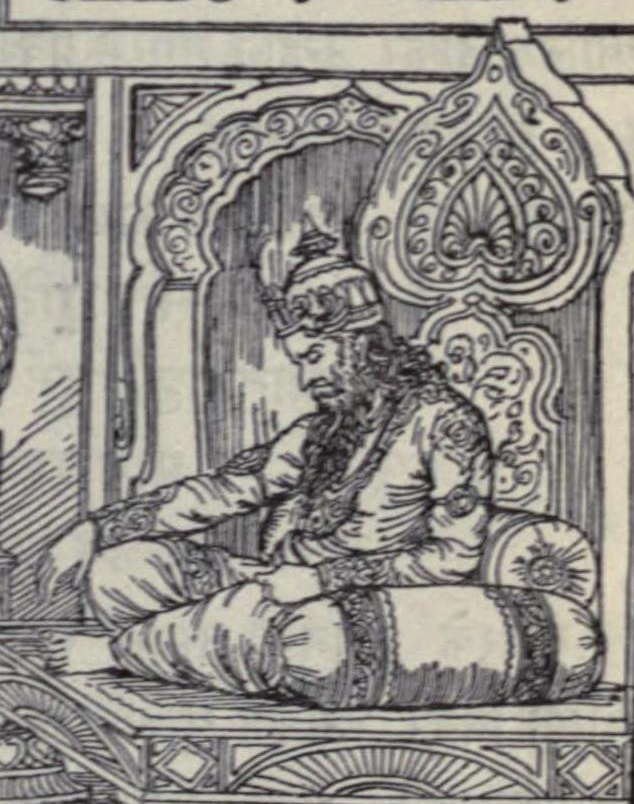