Laura Gibbs · 100. Arjuna Visits Indra's Heaven
Indra, king of the gods, took his son Arjuna to heaven, and there Arjuna acquired many weapons. He also learned music and dancing from the gandharvas and apsaras.
The apsara Urvashi fell in love with Arjuna, but Arjuna rebuffed her. "You're like a mother to me," he said, "as you were once married to Pururavas, my ancestor."
"Because you've failed me as a man," Urvashi said angrily, "I curse you to be a eunuch."
"Don't worry," Indra told Arjuna. "Her curse will last only one year, thus keeping you safe in the year of exile you must spend in disguise."
Inspired by: The Mahabharata: A Shortened Modern Prose Version by R. K. Narayan
Notes: This story is from Chapter 8: Wanderings. 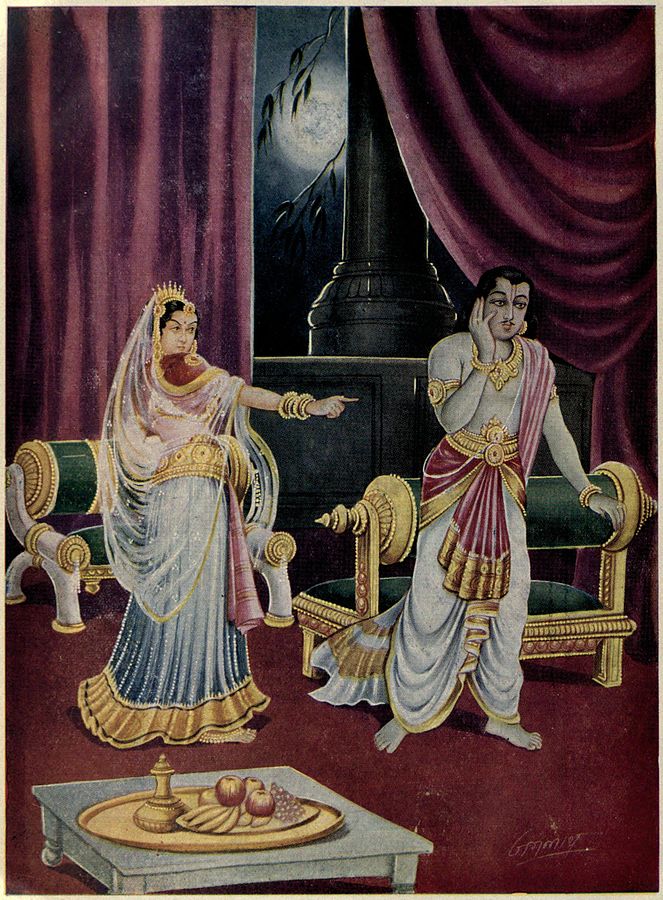