Laura Gibbs · 191. Rama Makes a Statue
After Sita vanished forever, everyone expected Rama to remarry.
"Who will be his bride?" the people wondered. "Perhaps someone from Ayodhya!" said some. "Perhaps a princess from the south!" said others. "Or the north!" "Or the west!" "Or the east!" "A princess from a nearby kingdom!" "A princess from far away!"
But Rama refused to remarry.
His priests protested. "You must have a queen! You should have a queen by your side when you conduct the holy rituals."
"Sita is still my queen," said Rama, and he had a golden statue made of Sita, keeping that statue by his side.

Inspired by: Sita: An Illustrated Retelling of the Ramayana by Devdutt Pattanaik. Notes: This story is on p. 300 of the book. In Valmiki's Ramayana, there is a reference to the golden Sita statue in the Uttara Kanda (Book 7), sarga 82. In another legend, Rama makes a new golden statue for every ritual, and all those statues then become the gopi lovers of Krishna in Vishnu's next incarnation; legend found online here. 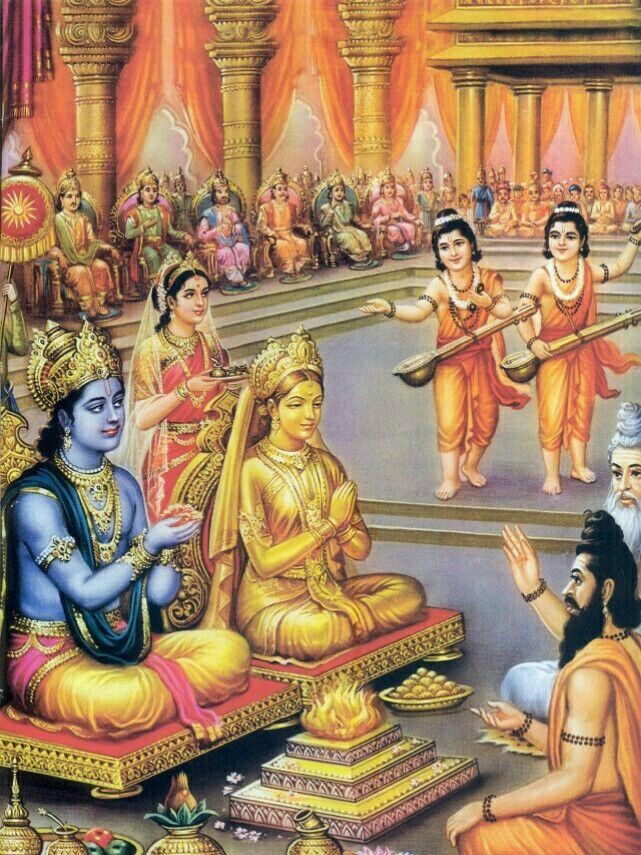