Laura Gibbs · 65. Sita Tells a Story
Worried about Rama's eagerness to fight rakshasas in the forest, Sita told Rama a story.
"A hermit once lived peacefully in the forest," she said, "forever performing rituals and reciting prayers. Indra feared the hermit's spiritual powers, so he visited the hermit disguised as a soldier. 'Take this,' he said to the hermit, giving him a sword. 'You will find it useful.' The hermit had always lived at peace, but he began carrying the sword with him everywhere. He no longer performed rituals; instead, he practiced using the sword. Eventually, the hermit lost his powers, just as Indra had hoped."
Inspired by: Valmiki's Ramayana
Notes: This is the Aranya Kanda (Book 3), sarga 9. Rama responds to Sita's concerns in sarga 10. This story provides a nice contrast to Indra's usual strategy of sending apsara to distract a sage from his meditations. 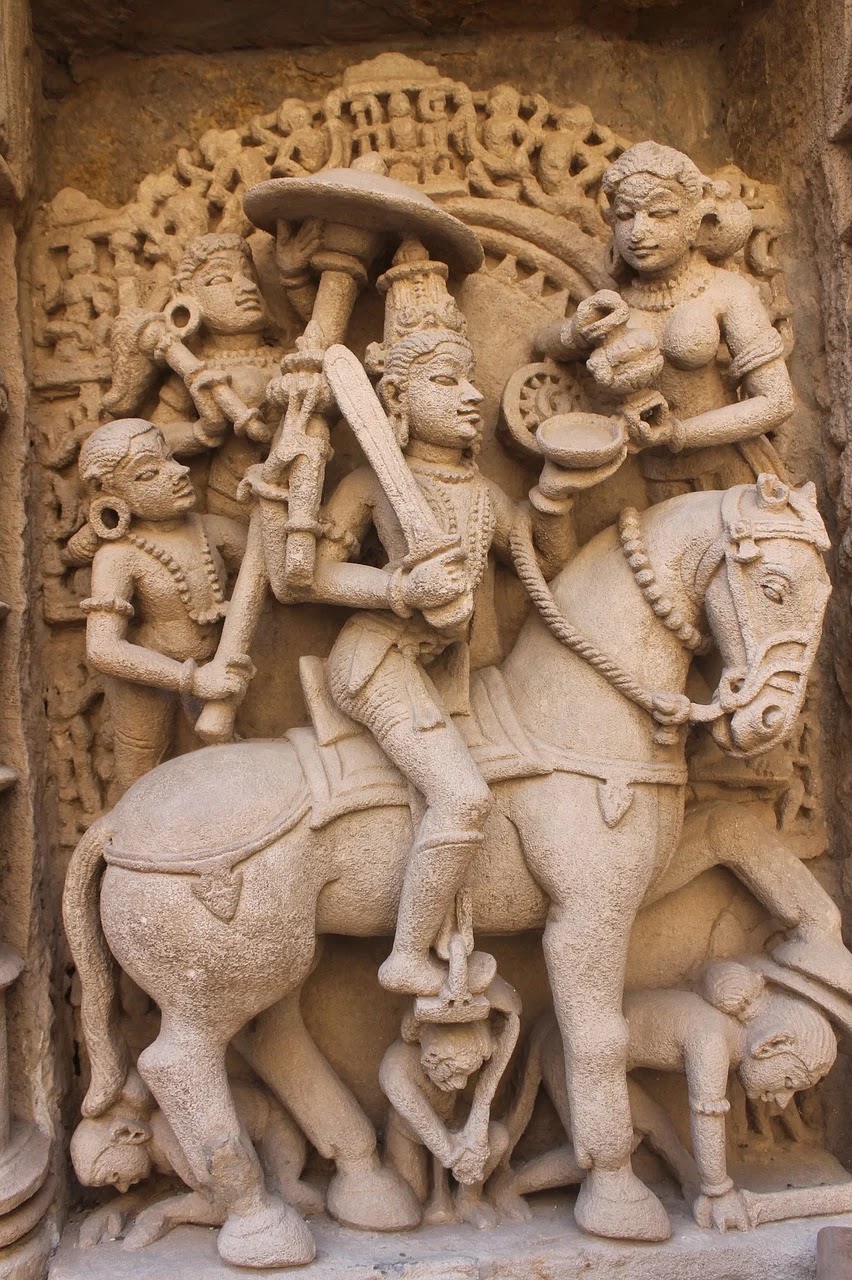