Laura Gibbs · 165. Vibhishana Grieves for Ravana
Vibhishana grieved for his dead brother.
"Ravana died in battle," said Rama, "as a great warrior should. Do not mourn. Honor him instead with funeral rites."
As Vibhishana prepared the funeral pyre, Ravana's wives came forth from Lanka and kneeled in grief around his body, still lying in the dust of the battlefield. Mandodari unbound her hair in grief.
After Vibhishana conducted Ravana's funeral, Rama crowned Vibhishana as King of Lanka.
Matali saluted Lanka's new king as he soared aloft in Indra's chariot, returning to the abode of the devas.
And then, at last, Rama sent Vibhishana to fetch Sita.
Inspired by: Valmiki's Ramayana.
Notes: This is the Yuddha Kanda (Book 6), sarga 109. In Valmiki, Rama first sends Hanuman to Sita (sarga 113), and then Vibhishana is the one who brings her. 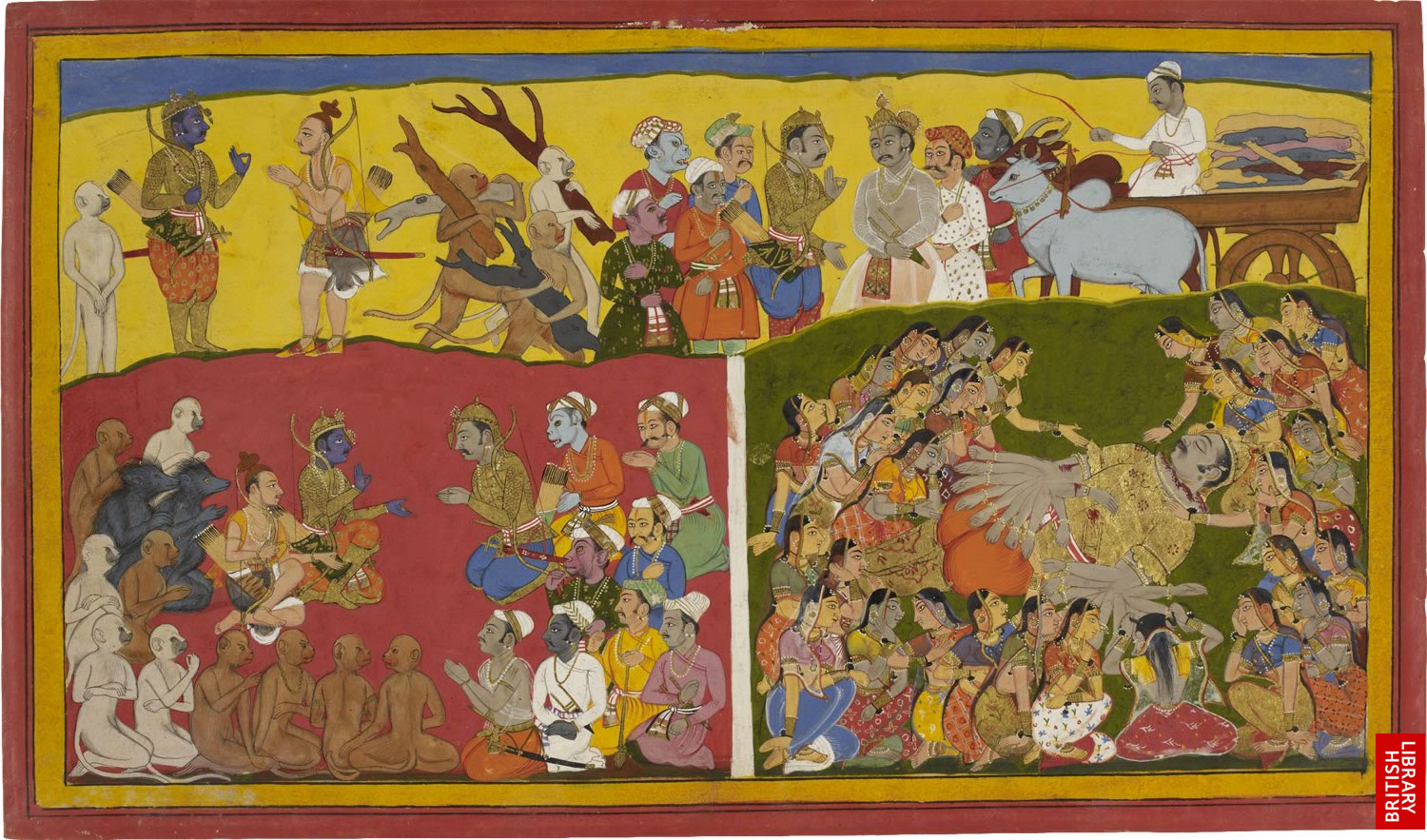