Laura Gibbs · 144. Ravana Summons a Magician
Ravana knew Rama's army was ready to invade Lanka, so he summoned the greatest magician among the rakshasas.
"I want you to conjure up Rama's head," Ravana said, "and I will show it to Sita."
The magician did as Ravana commanded.
Ravana then entered the Ashoka Grove and threw Rama's head at Sita's feet.
"Behold!" Ravana shouted. "Rama, who was your husband, is dead. Now I will be your husband."
Sita fainted, but when she recovered she stared at Ravana coldly.
"Kill me too," she said. "I will join my husband in heaven."
The head vanished.
Ravana's plan had failed.
Inspired by: Valmiki's Ramayana.
Notes: This is the Yuddha Kanda (Book 6), sarga 31. The magician's name is Vidyujjihva. Ravana narrates the supposed battle to Sita in detail, describing the deaths of Rama's allies. Ravana also produces a bow that he claims is Rama's. 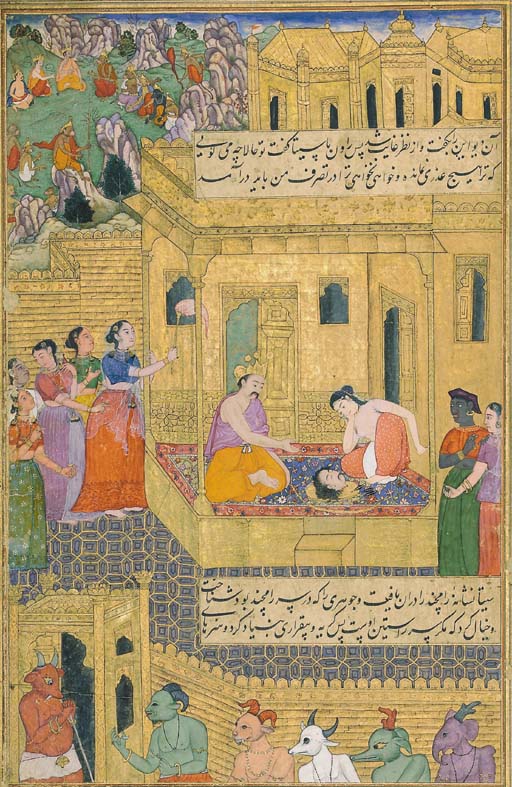